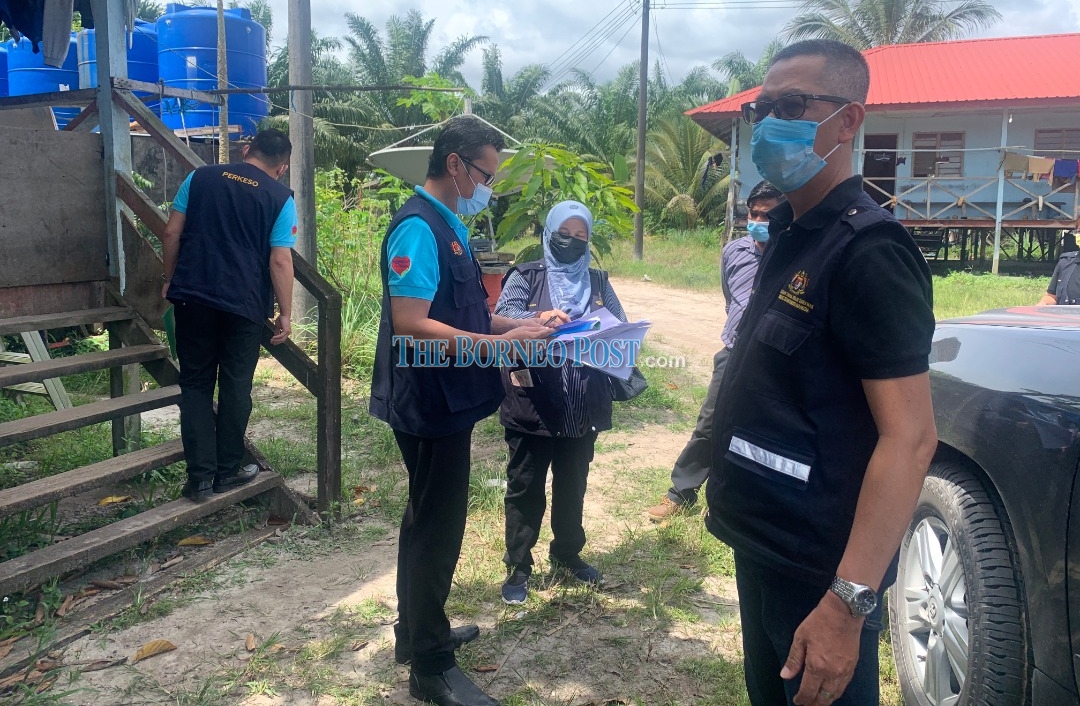 Awang Raduan (right) and his officers during an inspection at the workers’ quarters.

Awang Raduan, who led an operation check on the housing and amenities conditions provided by employers to workers in the two districts yesterday, said the shortcoming was discovered during the operation which was also participated by officers from Social Security Organisation (Socso) Sarikei branch.

According to Awang Raduan, the housing and amenities conditions provided by employers to foreign workers in the two districts had not met the minimum standard, as all of the employers did not seem to be aware of Act 446 that they had to comply.

“All seven employers in Sarikei and Saratok who failed to comply with the requirements as provided under Act 446 seemed to be unaware of the Workers Minimum Standard Housing and Amenities Act 1990,” he said.

Awang Raduan said as the Act had been incorporated in the standard operating procedures (SOP) to contain spread of Covid-19, the employers were advised to give their full cooperation and look into the matter immediately.