Sunday, February 28
You are at:Home»News»TDM aims to complete 80 pct of Jiwa Murni projects this year 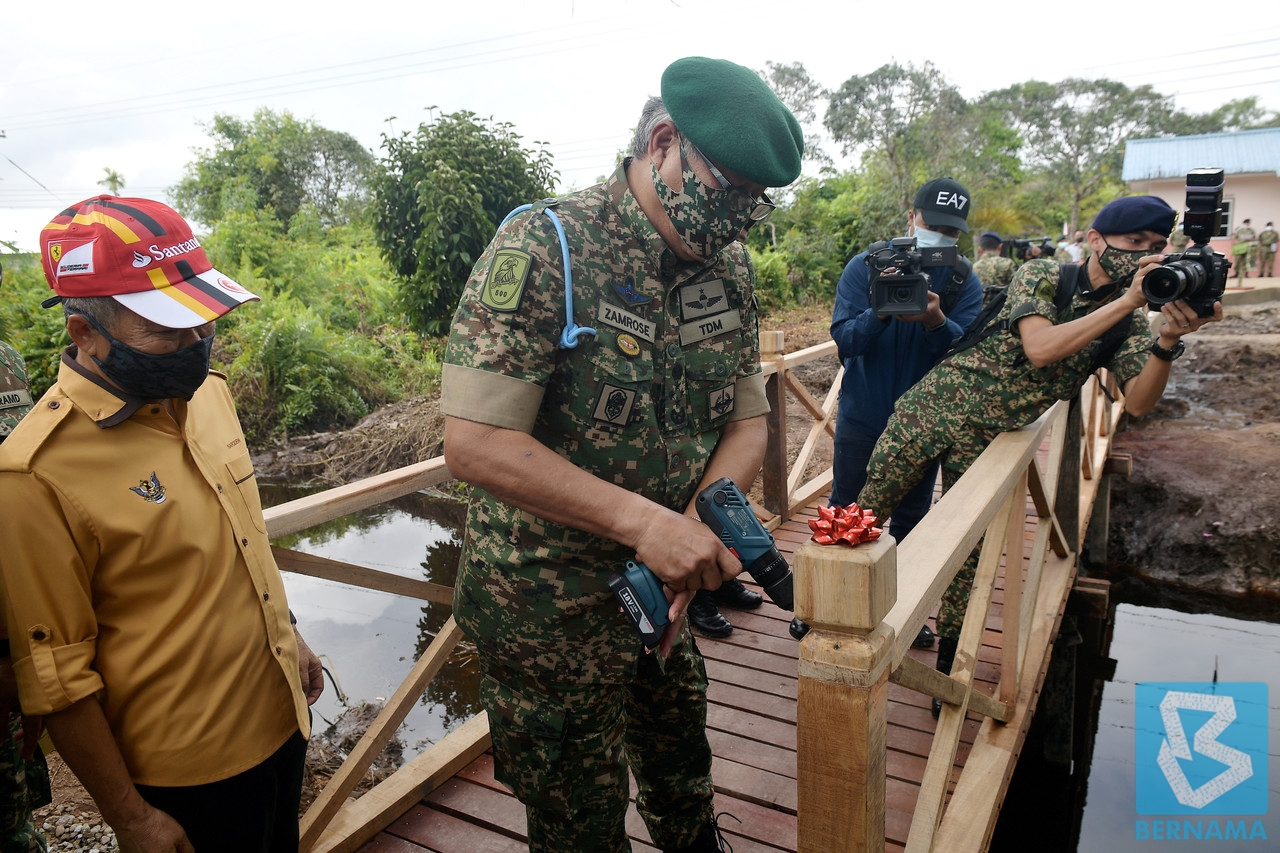 GEDONG (Feb 23): The Malaysian Army (TDM) aims to complete 80 per cent of the total 56 projects under the ‘Projek Jiwa Murni’ programme planned this year nationwide, in light of ongoing uncertainties brought about by Covid-19.

Chief of Army General Tan Sri Zamrose Mohd Zain said all the projects which involved an allocation of about RM3 million, were initially expected to be completed by the end of this year.

“(The completion of) the remaining 20 per cent of the projects is still uncertain because anything can happen in the current situation (Covid-19),” he told reporters after the launch of Projek Jiwa Murni programme, in conjunction with the 88th Army Day here.

Zamrose said the programme would be the main highlight of this year’s Army Day celebration.

He said that TDM had also applied for allocation from all state governments to fund and facilitate the execution of programme, implemented by the Royal Army Engineers Regiment (RAJD).

Zamrose also said the Sarawak state government had agreed to provide an allocation of RM1.5 million for the implementation of 22 projects in the Gedong, Simunjan and Sadong Jaya areas.

He added that the Projek Jiwa Murni programme would also be continuously implemented throughout the country with the help of local leaders and non-governmental organisations.

“TDM remains committed to helping the people who are in need, especially those affected by the pandemic,” he said.

Zamrose said among the projects that would be implemented in Gedong was repairing the house Rahim Bujang Ahmad, a Kampung Gedong resident, who has been suffering from a stroke for many years.