Sunday, May 22
You are at:Home»News»Sarawak»Sarawak receives first batch of Pfizer-BioNTech Covid-19 vaccine for frontliners 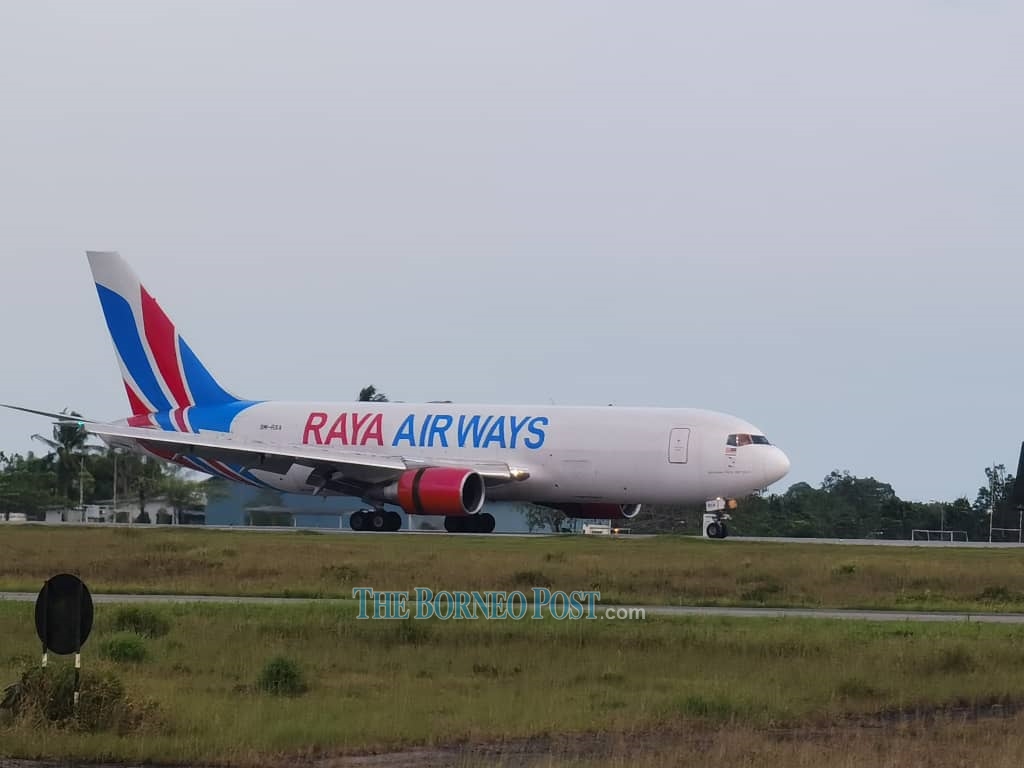 The Raya Airways plane carrying the first batch of vaccines for frontliners touches down at Kuching International Airport. Photo by Chimon Upon

KUCHING (Feb 24): The race to vaccinate 2.2 million people in Sarawak has finally started with a Raya Airways Boeing 767-200 flight TH543 transporting the Pfizer-BioNTech Covid-19 vaccine touching down at Kuching International Airport’s cargo area at about 6.18pm this evening.

State Health director Dr Chin Zin Hing had reportedly said that 2.2 million people would be vaccinated, consisting of about 2 million Sarawakians and 200,000 non-citizens, covering approximately 80 per cent of the state’s population to achieve herd immunity. 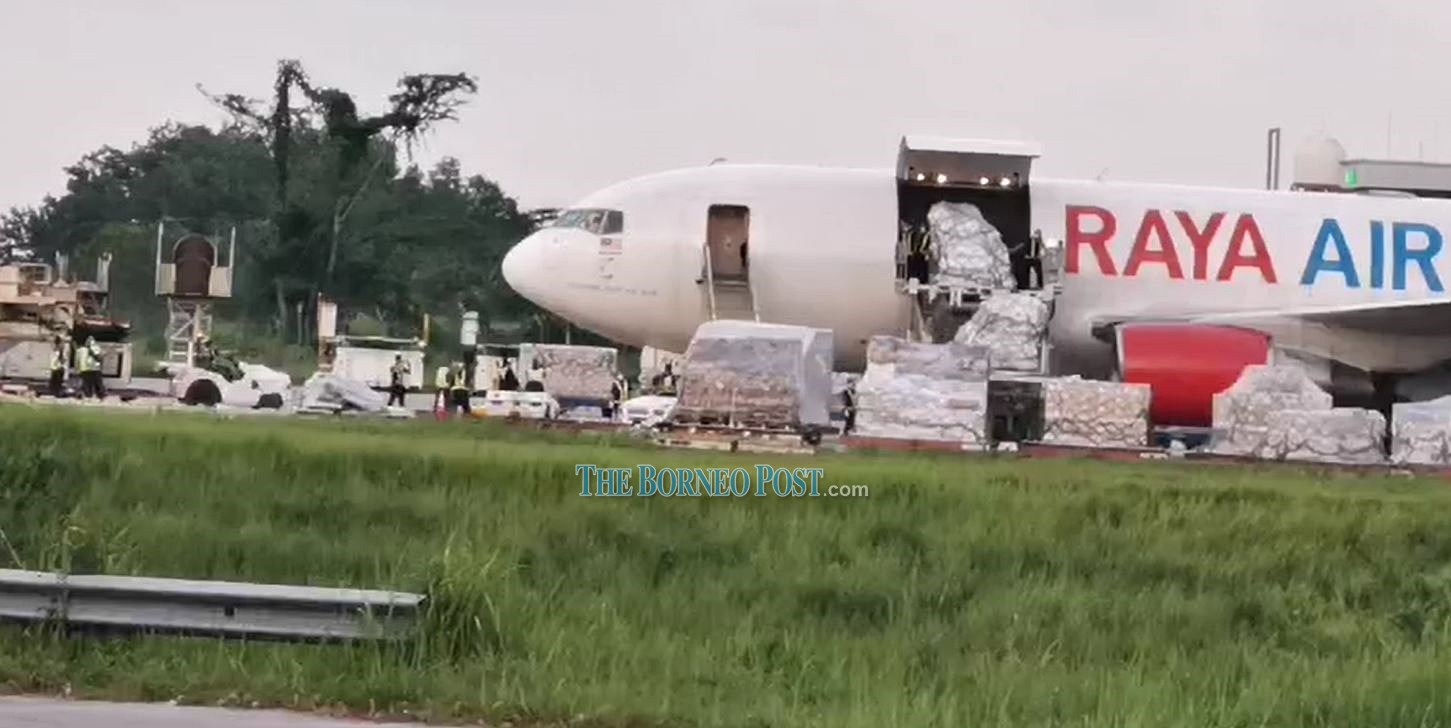 Personnel seen unloading the vaccine from the plane on the tarmac.

Touted as the state’s biggest ever operation, the vaccination programme will be launched this Friday with Chief Minister Datuk Patinggi Abang Johari Tun Openg being the first to be administered with the vaccine.

The first phase of the vaccination programme will start from the end of this month to April, covering 97,000 frontliners, while the second and third phase would be from the end of March to August this year, inoculating 929,000 people in high-risk groups and 992,000 people who are above 18-years-old, respectively. 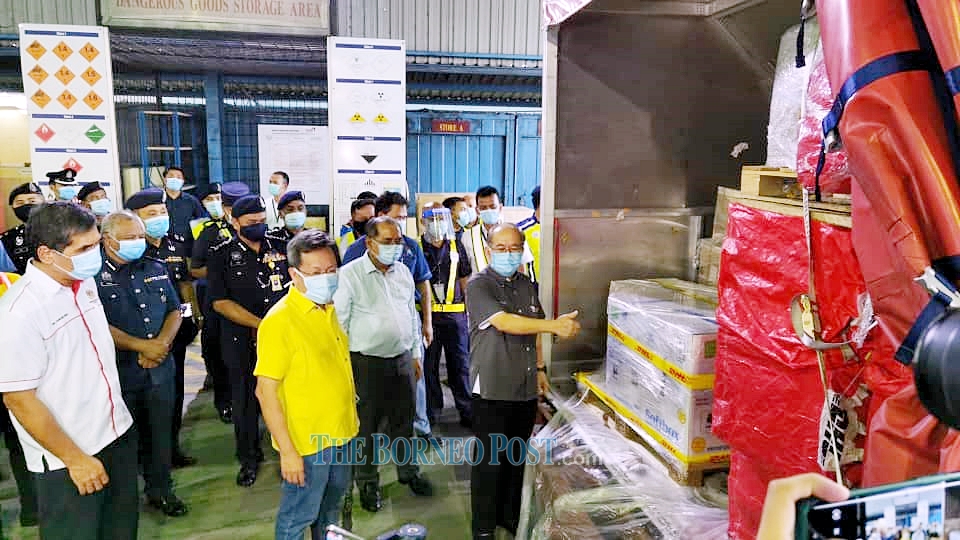 Dr Sim (second left) and Uggah (right) overseeing the arrival of the vaccines at the airport’s cargo hangar. Photo by Chimon Upon 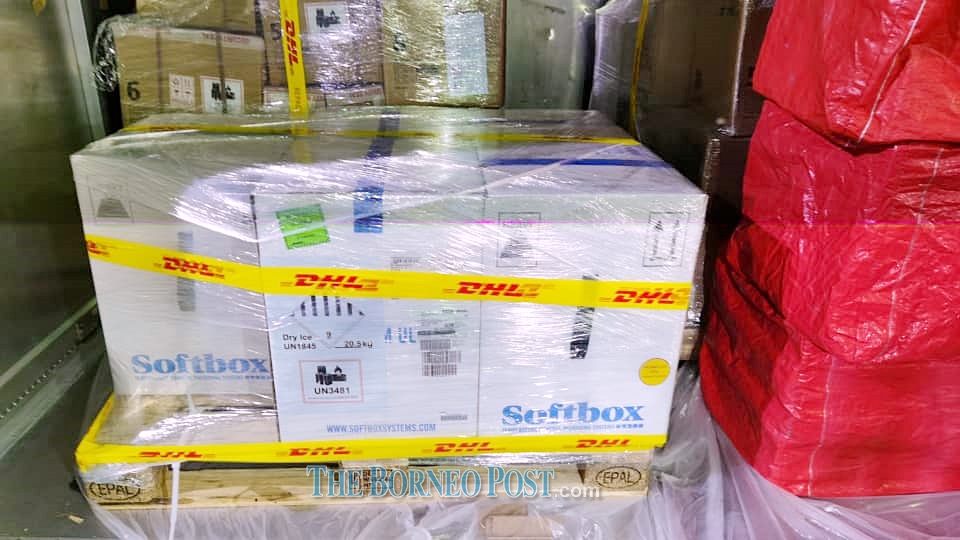 The first batch of the Pfizer-BioNTech vaccine consisting of 23,400 doses will be distributed to frontliners in the state in the first phase of the vaccination programme. Photo by Chimon Upon