Wednesday, February 8
You are at:Home»News»S’wak to acquire assets for better border control
For the freshest news, join The Borneo Post's Telegram Channel and The Borneo Post on Newswav. 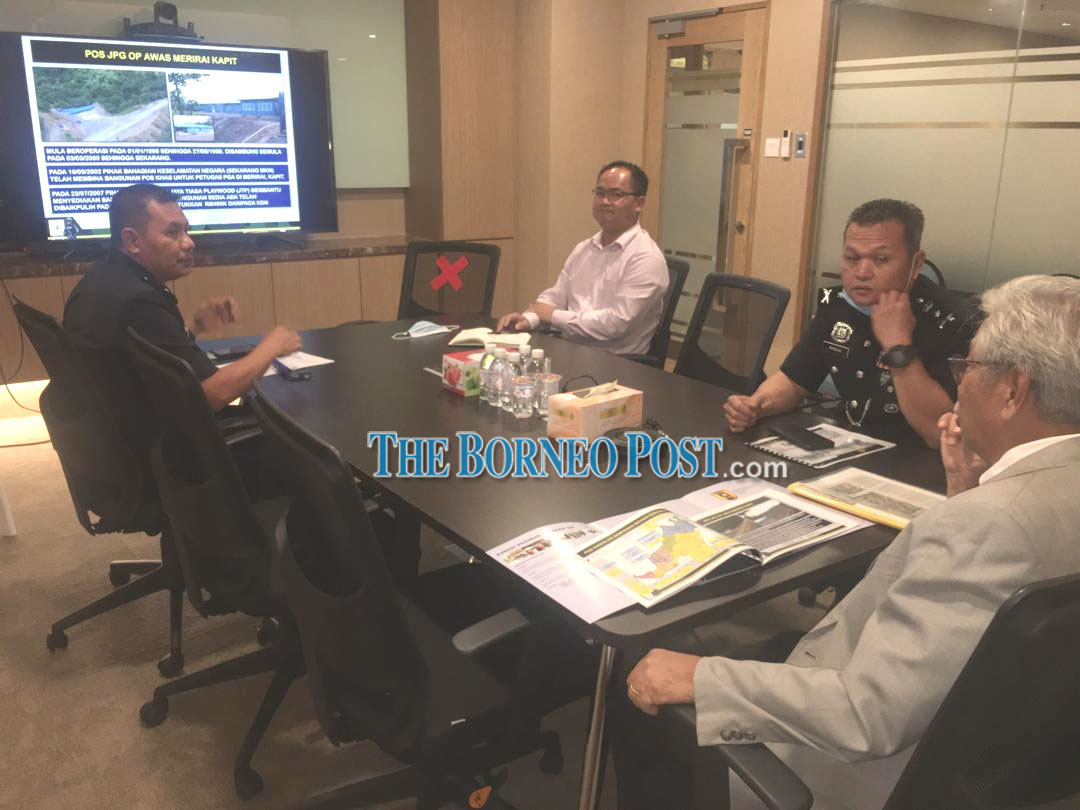 (From right) Masing listens to the presentation by Mancha.

KUCHING: The Sarawak government has agreed to allocate the required budget for the purchase of assets like all-terrain vehicles (ATVs) and scramblers to navigate the rough terrains along the border.

In stating this, Deputy Chief Minister Tan Sri Datuk Amar Dr James Masing said the move was made in view of the urgency to address border security control matters, adding that Sarawak would seek reimbursement from the federal government for the expenses.

Without disclosing the amount of budget allocated, Masing also said other related purchases to be made would include communication equipment to ensure continuous and uninterrupted transmission of information between the border posts and headquarters.

“As these are pertinent matters in guarding Malaysia’s borders, it is only fair that the Sarawak government seek reimbursement from Putrajaya for these expenses,” he said in a statement yesterday.

Elaborating on the matter, Masing said constant cases had been reported by the police over the unlawful entry of immigrants from Indonesia via the borders in Sarawak.

“Each day, more than 10 PATIs (illegal immigrants) are caught trying to make their way into Sarawak. We are not only worried about our borders being invaded by them, but with the current Covid-19 situation, we’re also worried about the spread of the virus by these PATIs,” he pointed out.

During the meeting, Masing – also the chairman of Border Security Control Committee – was briefed on the possibility of retaining the Merirai, Tapak Megah and Long Singut posts to tighten Sarawak’s border security control.

All these posts are at the border areas in Kapit Division, with Merirai post being used for the operations planning committee (JPG) under Op Awas, and Tapak Megah and Long Singut posts under Op Benteng.

“With Tapak Megah being a forward base, it would serve as a permanent post with a strength of 26 personnel as this is close to the settlement at Long Nawang, about 20km from the border.

“In five years from now, Indonesia would have its capital city moved to Palangkaraya, Kalimantan – and this is close to Sarawak,” said Masing, who is also Minister for Infrastructure and Ports Development
Sarawak.

He stressed that not only would Tapak Megah forward base further ensure the security of Sarawak, but it would also safeguard Sarawak’s ‘gems’ – namely the Bakun, Murum and Baleh dams.

“The post at Sungai Tunoh will also assist in our border security control,” he added.