Tuesday, May 17
You are at:Home»News»SDDMC proposes lockdown in Tiong Hua, Sentosa zones 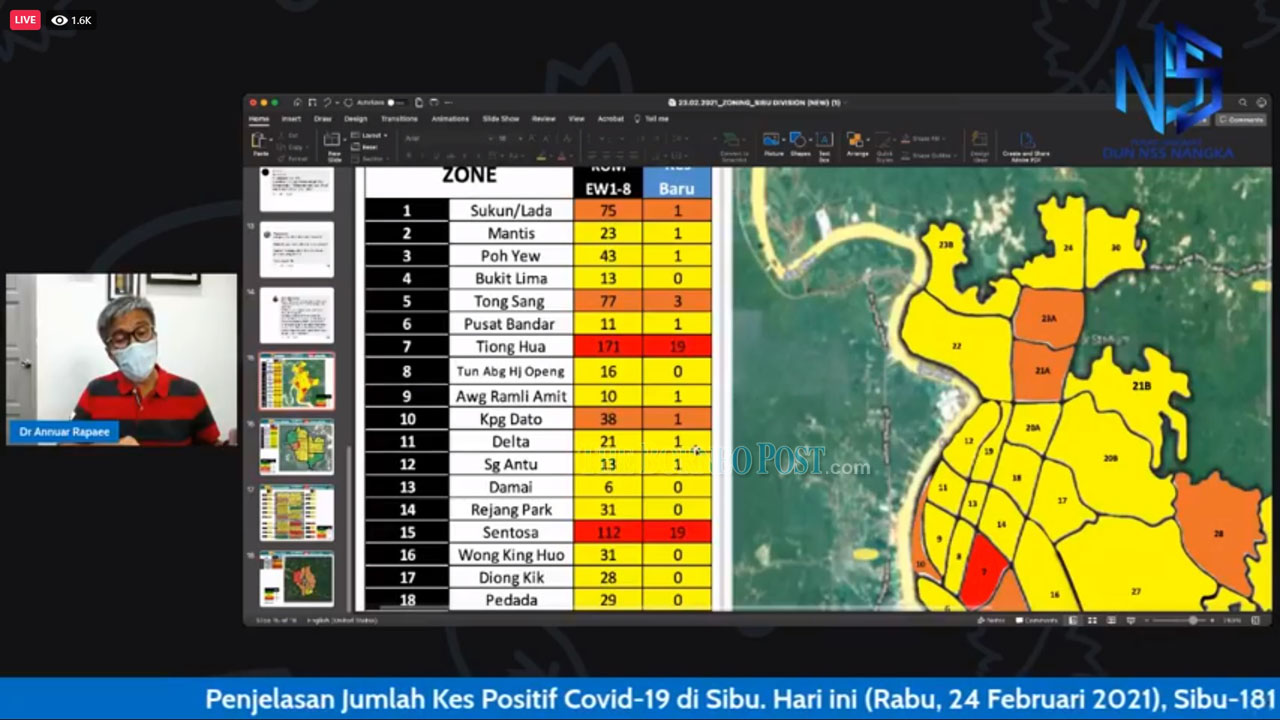 The Assistant Minister of Local Government and Housing said SDDMC held a meeting
zlast night and a decision on the proposal would be made today.

“I will have a meeting with the Resident and the rest of the committee tonight and we will propose. Announcement will be made tomorrow,” he said during his daily Facebook Live stream on updates of the Covid-19 situation in Sibu yesterday.

Other places in SMC area that showed an increased number of cases include Farley Zone with nine cases and Kiew Nang with seven cases.

For Sibujaya, 38 cases were detected at the flats currently under Enhanced Movement Control Order (EMCO) while Town Villa recorded six cases and other cases were recorded in other parts of the
residential area and commercial centres.

He said there are many reasons why the cases are high and one of it is the many tests that had been done.
“We in Sibu worked very hard to make sure that every case can be detected, we do not want even one to be left out,” he said.

Meanwhile, he urged all leaders to lead by example in accepting Covid-19 vaccination as an encouragement to members of the public.

He said vaccination is the only solution in the fight against the pandemic.

“We have no other way to fight, we need to make sure that it will not spread, and make sure that the hospital can cope and the only way we can really ensure that is through vaccination,” he pointed out.

He said there was still much confusion and fear on the safety of the vaccine but assured that although the vaccine was produced fast compared to other vaccines in the past, there was no cutting corners.

“The concept or the technology of the vaccine was already there long time ago.

“Normally, if we need to come up with a vaccine, we need cases, right now there are cases everywhere, so there is no difficulties in trying to get cases.

“Moreover, the companies that produce these vaccines received many assistances from their respective government and the advancement of the technology also made it possible,” he said.

He said the vaccine that arrived in the state is the same vaccine used in the United States and United Kingdom since December last year.