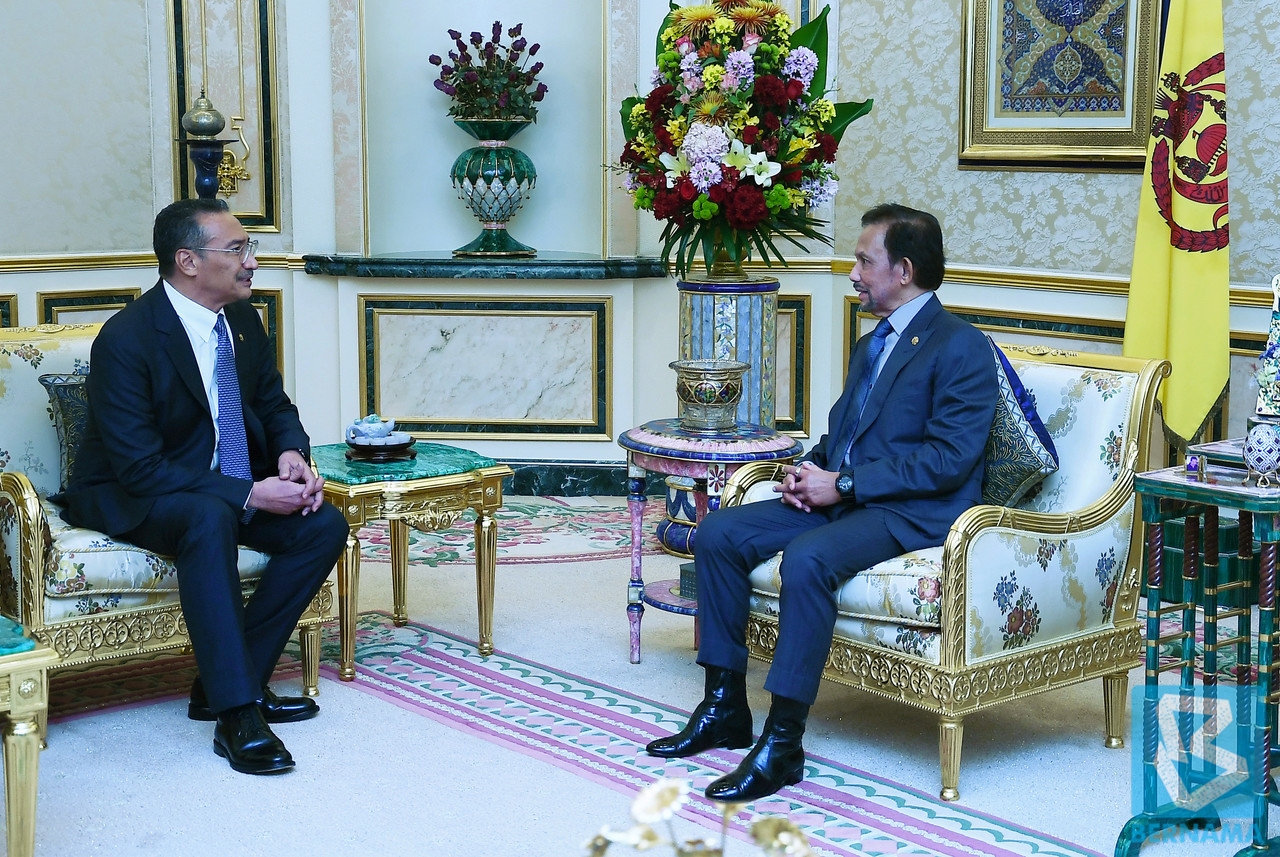 Hishammuddin (left) who is on a two-day official visit to Brunei has an audience with Sultan of Brunei Sultan Hassanal Bolkiah (right) at Istana Nurul Iman, yesterday. – Bernama photo

The minister, who is on an official visit to Brunei said this was following his meeting with Brunei Foreign Minister II Datuk Seri Setia Awang Erywan Mohd Yusof in Bandar Seri Begawan today.

Hishammuddin said yesterday that he had an audience with Sultan of Brunei Sultan Hassanal Bolkiah (pix) at Istana Nurul Iman, and several meetings with Datuk Seri Setia Erywan in Bandar Seri Begawan.

“Datuk Seri Setia Erywan and I also discussed three matters regarding the Covid-19 vaccine moving forward, specifically on a reciprocal vaccination arrangement for both nationals covering diplomats, students, and expatriates, besides ensuring access to vaccine supplies for both Malaysia and Brunei.

“And a reciprocal mutual recognition of vaccination certificates between both nations (was also discussed) as this step will facilitate cross border movement of the people between both countries,“ Hishammuddin said in a statement.

Hishammuddin is on a two-day official visit to Brunei starting yesterday at the invitation of Sultan Hassanal Bolkiah.

Hishammuddin also said that he personally conveyed Malaysia’s congratulations to Sultan Hassanal Bolkiah and Datuk Seri Setia Erywan, and the people of Brunei Darussalam on the occasion of their 37th National Day celebrations last week.

He said existing bilateral mechanisms, particularly the Annual Leaders’ Consultation (ALC) and the Meeting on the Implementation of Exchange of Letters (EOL) are important platforms for both countries to exchange views on issues of mutual importance with concrete resolves.

“This would among others include the way forward on the joint demarcation and survey of our land boundary as well as further cooperation in the oil and gas sector,“ he added.

The minister said that while in Bandar Seri Begawan, he also took the opportunity to meet with officers from the High Commission of Malaysia.

“Through the Malaysian Diplomatic Equipment Stockpile (MDES) initiative, I handed over face masks, Personal Protective Equipment (PPE), hand sanitisers, and thermal scanners with automated hand sanitiser machines to Nadia Azura Mohd Nudri, Chargé d’affaires a.i. High Commission of Malaysia in Bandar Seri Begawan. I commended them for their efforts and dedication in assisting Malaysians in Brunei throughout the pandemic and their role in further strengthening the special relations between Malaysia and Brunei,“ said Hishammuddin. – Bernama