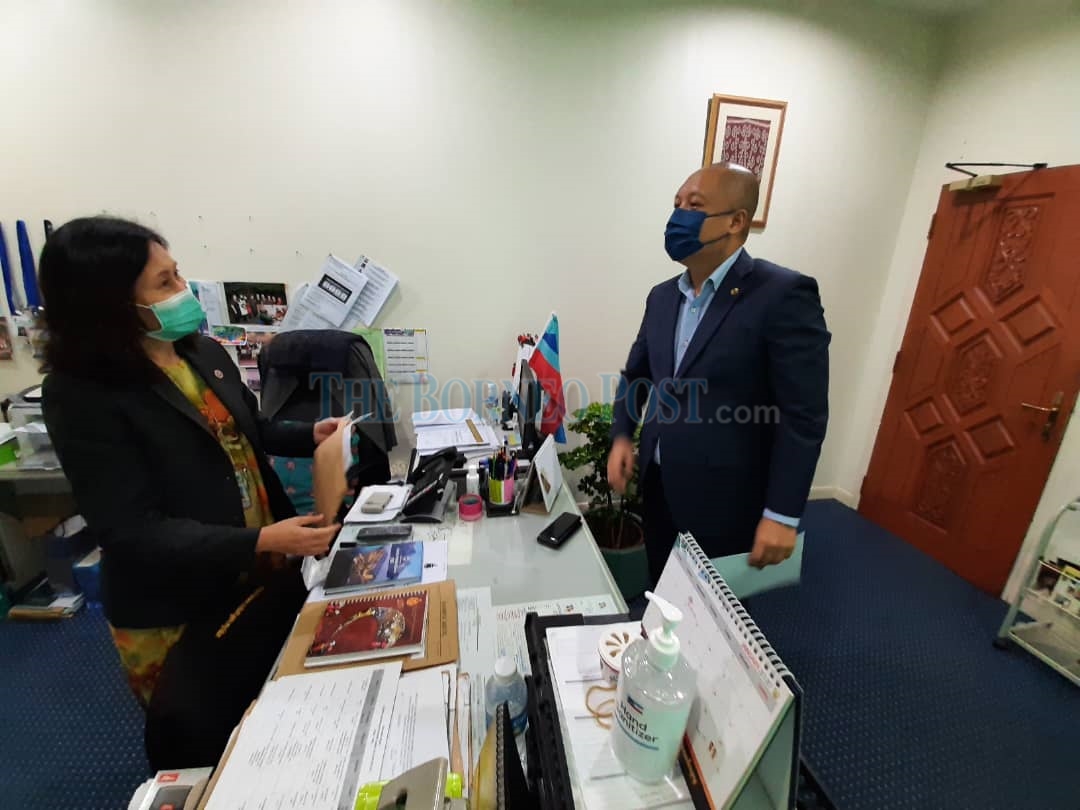 Loretto handing over the letter at the Sabah Legislative Assembly today.

A copy of the letter was also delivered to the Head of State, Tun Dr Juhar Mahiruddin as well as to the Election Commission (EC).

Hassan had signed the letter in September last year while pledging loyalty to the party if he won the Sebatik seat, and that he would resign as assemblyman if he switched allegiance or became an independent assemblyman.

He also said in the letter that he understood that the consequences of his action will disqualify him from contesting to become an assemblyman for five years from the date of the letter which was stamped February 26, 2021.

Hassan had announced his decision to quit the party to become an independent assemblyman who is supportive of the Gabungan Rakyat Sabah (GRS) government last Thursday.

Yesterday, Warisan President, Datuk Seri Panglima Shafie Apdal defended the use of the pre-signed letter, and hoped that a by-election would be held for Sebatik after the letter is handed in.

“They might say they were forced to sign the pledges. But at the time, we had the choice of different candidates to select from. There was no force or intimidation for them to sign and he signed and made the pledge in the name of God to remain loyal to the party for their term, or unless sacked,” he said.

A video of Hassan making his pledge to Warisan has  since been shared on social media.