Saturday, July 31
You are at:Home»News»Foreign woman dragged to safety at Lutong beach after allegedly running into sea 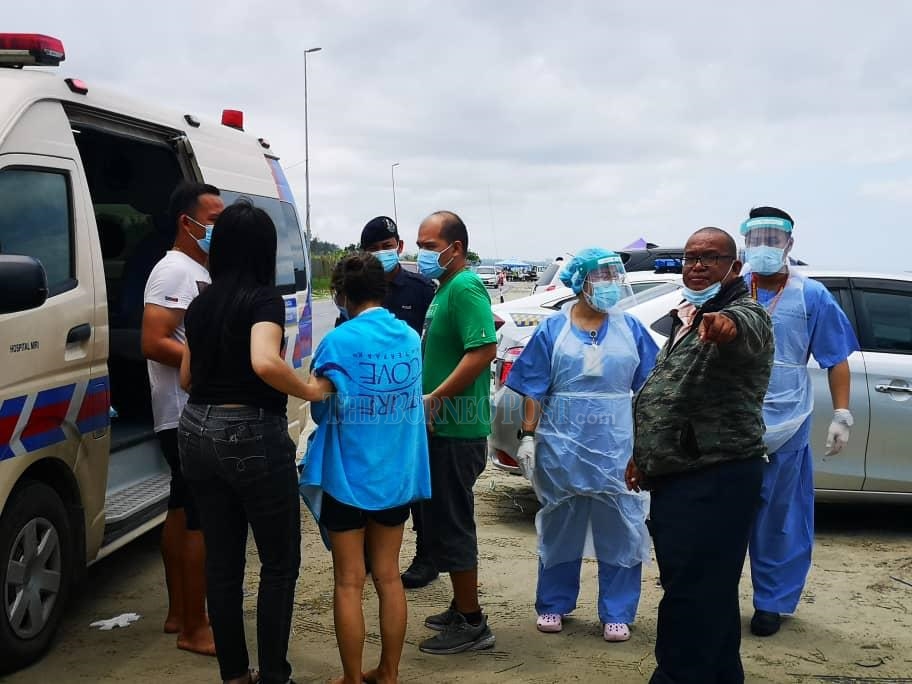 The China national (third left) brought to an ambulance after she was rescued.

MIRI (Mar 3): Fast action by a group of fishermen and a hawker saved the life of a woman from China who allegedly ran into the sea in Lutong this morning three times.

Miri Resident Committee (RC) patrol head, Malateh Mahmud, said the 32-year-old woman was seen going towards the sea at around 10.30am.

“Thankfully, a fisherman who was catching ‘bubuk’ near the area saw the woman and immediately stopped her,” said Malateh, using the local Malay word for ‘krill’.

He added that not long after being rescued, the woman made two more attempts but was saved by a hawker.

Malateh said prior to the incident, the woman had taken a ride using e-hailing service from the city centre to Lutong.

Upon arriving at the beach in Lutong, she alighted from the vehicle and ran towards the sea.

“The woman claimed that she was in distress as her child had been taken away from her,” he said.

Police were called to the scene.

Malateh said the woman was later taken to Miri Hospital.

A video being shared on social media of the alleged incident shows the woman, who was in hysterics, being dragged to shore by her rescuers and brought to safety.