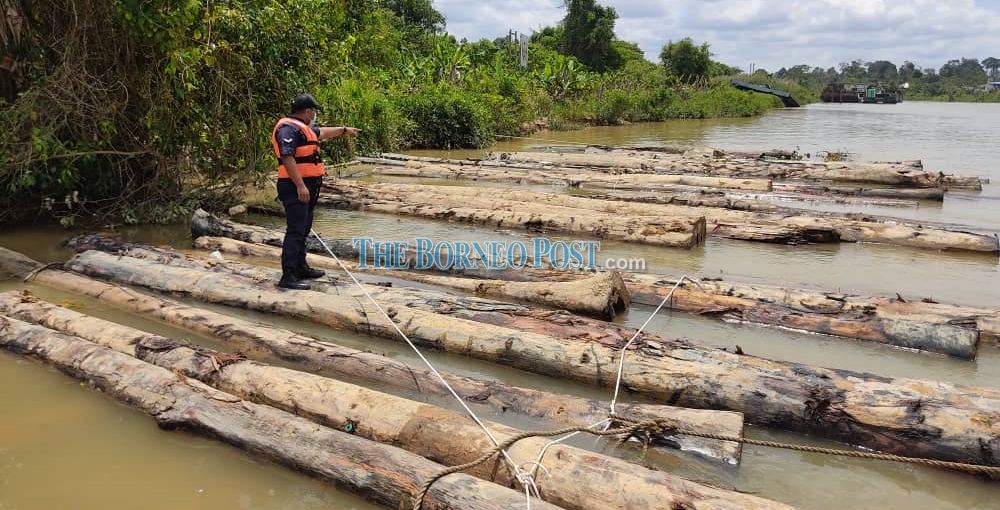 The logs that were seized by the Sarawak Marine Police.

SIBU (March 3): Sarawak Marine Police have seized about 80 timber logs of various sizes and species worth about RM48,750 found at the riverbank of Pulau Perto at around 12pm yesterday.

Its commander ACP Shamsol Kassim said while carrying out Ops Benteng Covid-19, the officers led by Sgt Jaxsion Kideng came across the pile of logs tied to a raft left at the riverbanks of Pulau Kerto.

“Further inspection found the logs do not have any hammer mark from the Sarawak Forest Department,’ he said in a media statement.

Shamsol said the police waited at the scene for about an hour but nobody turned up to claim the logs.

“We suspected the logs to have been illegally obtained which is an offence under Sarawak Forest Ordinance 2015,” he added.

He said the logs were confiscated and sent to Sibu Forest Department for further investigation.