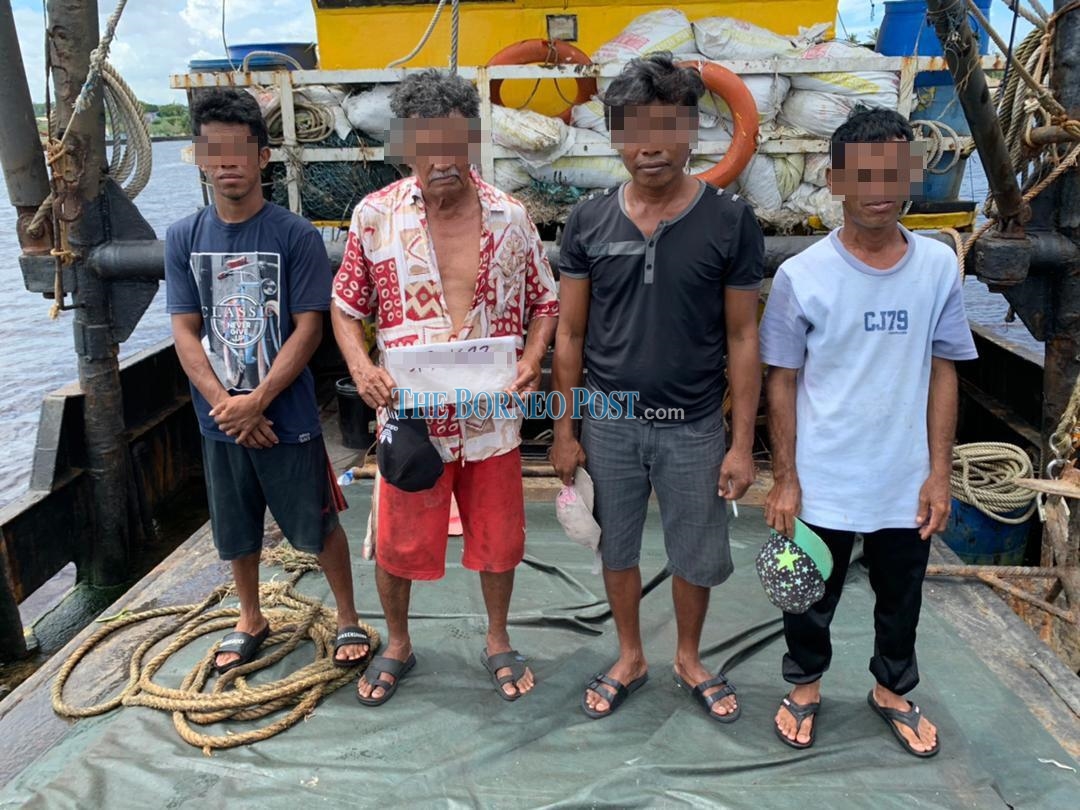 Among those arrested for suspected illegal fishing some five nautical miles off Kuala Baram yesterday.

MMEA Miri Captain Md Fauzi Othman said the fishing boat tried to escape when they realised the authorities were patrolling the area.

“The MMEA Miri were patrolling the area when they spotted the boat suspected of carrying out illegal fishing activities in the area.

“They tried to escape but the team managed to intercept their bot at around 7.40am yesterday,” he said in a statement issued today.

Md Fauzi said a check carried out inside the boat however found no fishing equipment, but the team suspected that the fishing nets could have been released into the sea to avoid from being detained.

Md Fauzi added that the boat then were told to go back to its position where the patrol team had first spotted a floating fishing net which was suspected to belong to them.

“Further checks found that the boat was suspected of carrying out fishing activities less than seven nautical miles which had violated the terms stated in its’ license.

“The fishing boat was operated by a skipper who is a Malaysian, along with four Indonesian crews aged between 27 and 65,” Md Fauzi said.

He added that all crews including the skipper were immediately detained for further investigation.

He said the cause will be investigated under Section 8(b) of the Fisheries Act 1985 for violating the license’s terms.