Tuesday, June 15
You are at:Home»News»Sabah»Look in mirror before calling others hypocrites – Terrence 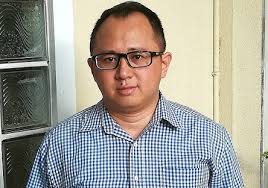 He seems to have forgotten his party’s persistent stand on party hopping and Joniston now decides to be critical of Parti Warisan Sabah’s move to criticise the Sebatik assemblyman who quit the party recently.

He said it is as clear as broad daylight that the Sebatik lawmaker Hassan A Gani crossed the floor after being induced by Gabungan Rakyat Sabah.

Hassan was so taken up by the GRS offer that he ignored his own promises not only to the people in his constituency but also to his personal religious commitment when he made the oath in the name of God.

Joniston needs to be reminded that he was part of the group that colluded with Musa Aman to lure government lawmakers to the other side in an aborted bid to grab the seat of power last year.

Terrence pointed out that Joniston should know clearly as to what took place then (July 2020) as he was part of the team, spearheaded by Musa to induce the lawmakers, allegedly through treat or threat.

“So it seems that Joniston, when it is convenient for him, does not really subscribe to the PBS commitment and principled stand against party hopping,” said Terrence.

Terrence added that Joniston should not use the GRS cap to play double talk politics.

In 1994, the PBS government collapsed days after its victory when several of its assemblymen ditched the party.

“For Joniston’s information, he must remember that Upko made a political decision to leave Barisan Nasional and align themselves with Warisan and other opposition parties in 2018.

“It was a party decision similar to what STAR Sabah led by Jeffrey Kitingan did by aligning itself with the Barisan Nasional (BN) then.

“Some have argued STAR won on an opposition mandate but sold out that mandate by joining Sabah BN.

“We are not arguing, it was a party decision whatever said and done,” stressed Terrence.

He added Ummo Assemblymen left a sitting chief minister (Musa) to pledge allegiance to a then opposition leader, and they came on their own free will, without inducement of any sort or any threat.

Terrence also said that instead of nitpicking, Joniston should force his comrades in GRS to take action on the illegal immigrant problem – based on their election battlecry – especially now that the GRS government has opened its doors to ‘Kumpit’ from the Philippines and Indonesia.