Saturday, April 17
You are at:Home»News»Report: GPS to fight PN-friendly Sng for Julau in general polls 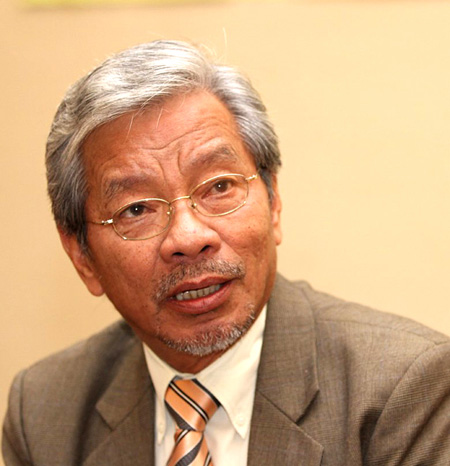 KUCHING (Mar 4): Government-friendly or not, independent Julau MP Larry Sng, who recently quit PKR, will not be given a free pass by Gabungan Parti Sarawak (GPS) in the next general election.

“PRS has six parliamentary seats, we will contest all six seats,” he said in a text message to the news portal.

He also maintained that Sng would not be readmitted into PRS after he was sacked from the party for insubordination in 2007.

At the same time, Masing hoped Perikatan Nasional (PN) party, Parti Pribumi Bersatu Malaysia, would honour its pledge not to take part in the state election or field candidates in Sarawak for the next general election.

He said this in reference to the Saratok and Puncak Borneo parliamentary seats won by PKR’s Ali Biju and William Mongin, who later defected to Bersatu.

In the report, GPS secretary-general Alexander Nanta Linggi also confirmed that PRS will be contesting in the seat.

“When we were brought in to form PN one year ago, as far as GPS is concerned, our president Abang Johari Openg made a stand that GPS will contest in all our seats,” he told Malaysiakini.

Contesting as an independent candidate in Julau in the 2018 general election, Sng had defeated the incumbent PRS deputy president Datuk Joseph Salang Gandum in a straight fight. Sng had garnered 10,105 votes against Salang’s 8,174 votes.

Sng told Malaysiakini today that he was undecided on whether to defend Julau as an independent candidate or under another party logo in the next general election.

“I will cross that bridge when I get there. Right now, my top priority is fulfilling my promises to my constituents,” he said.

However, he said he and his group would not contest for state seats if the state election is called.

Previous ArticleSarawak continues to be among top five investment destinations in Malaysia, says Abang Johari
Next Article DAP Sarawak’s 19th State Ordinary Convention to be held in Kuching on May 1 – secretary