Tuesday, June 15
You are at:Home»News»Crime»Authorities cut electricity for four premises suspected of being involved in online gambling 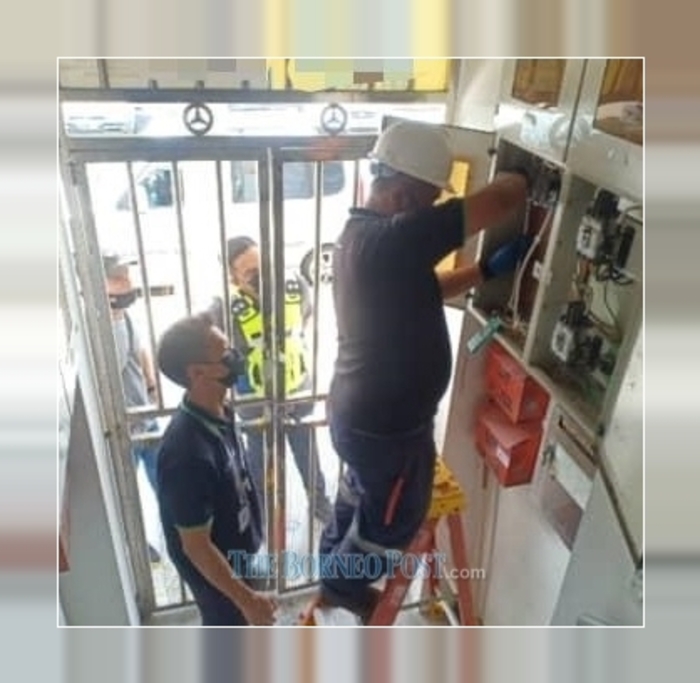 A Sesco technician disconnecting the electricity supply to one of the premises.

KUCHING: The police have conducted a total of five raids on premises alleged to be selling online gambling top-ups between March 1 and 4.

“Under the Act, those found guilty can be fined between RM5,000 and RM50,000 and a jail sentence of up to three years,” said Awang Din.

Today, police continued their operation by disconnecting the electricity supply to four of the premises which are believed to be involved in online gambling activities.

Together with Sesco personnel, the operation was carried out between 10am and 12 noon under Section 21A of the Common Gaming Houses Act 1953.

Awang Din also warned the premise owners to not be involved in online gambling activities as police will not hesitate to take drastic action against them.

“Besides using the Common Gaming Houses Act 1953, we can also take action under the Prevention of Crime Act 1959,” he added.

Previous ArticleMan arrested in Bau for alleged drug possession
Next Article Fazzrudin: S’wakian students who have paid 30 pct of PTPTN loan can benefit from state govt collaboration with Yayasan Sarawak