Friday, September 30
You are at:Home»News»Sarawak»Miri receives first batch of Covid-19 vaccines for frontliners 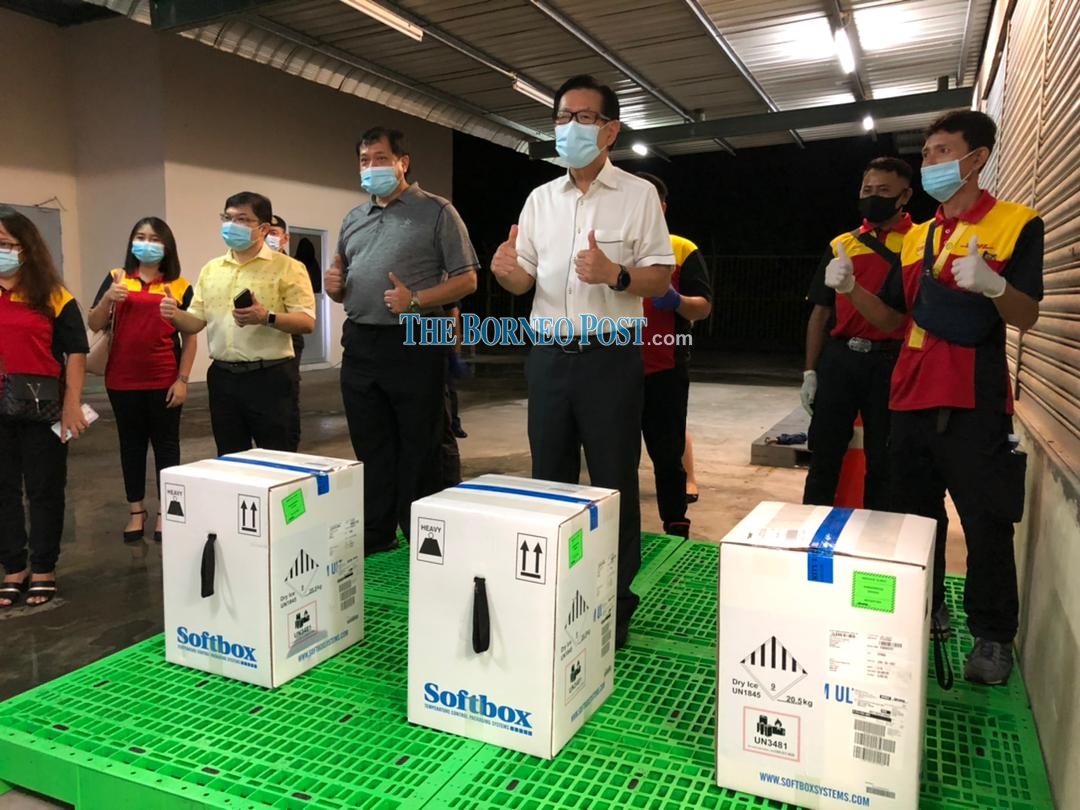 MIRI (March 5): The first batch of Pfizer-BioNTech Covid-19 vaccines arrived in Miri by land yesterday (March 4) under tight security, escorted all the way from Kuching by a medical officer and guarded by police.

The first batch of vaccines would be distributed to frontliners in Bintulu, Miri and Limbang division while the authorities await subsequent shipments due to arrive in the state throughout the month.

The first phase of vaccinations in Miri will take place tomorrow for frontliners, followed by a scheduled second and third phase for high-risk groups and members of the public.

Lee urged those with smartphones and internet access to register for the vaccination through the MySejahtera application.

“The public is encouraged to prepare early by registering now for the Covid-19 vaccination under the second and third phase to avoid the problem of being left out, “ he said.

For those unable to register through MySejahtera, they can apply for the vaccination programme through four other channels: their respective district office or village or longhouse chiefs and Kapitan assisted by village development and security committee; Resident Committee ( RC) under Miri City Council, Subis District Council, Marudi district council); or the nearest health clinic for rural areas during office hours from Monday to Friday.

Lee said the second phase of vaccinations is tentatively scheduled to be rolled out in April for high-risk groups which includes senior citizens and those with comorbidities and chronic diseases.

The actual date will be announced later by the Ministry of Health and Sarawak Health Department.

Urging the public to remain vigilant against the danger of Covid-19, the minister said it was imperative that everyone complies with the SOPs laid down by the Ministry of Health to break the chain of infection.