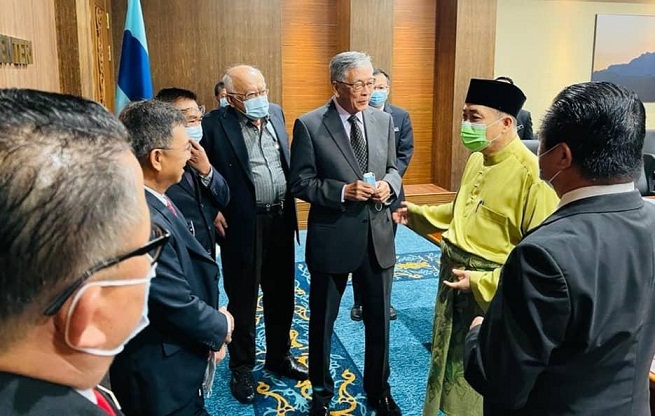 Hajiji with the board members of Invest Sabah Bhd which was established in December last year to act as a one-stop agency for investments into Sabah.

KOTA KINABALU: The State Government wants all hurdles hampering investments to be removed to facilitate investments into Sabah.

“Red tape faced by well-meaning investors will only hurt our efforts to draw investors to Sabah, hence we must remove them to facilitate investments,” said Chief Minister Datuk Seri Hajiji Haji Noor when chairing the first board meeting of Invest Sabah Bhd (ISB) today.

Invest Sabah Bhd was established in December last year under the purview of the Ministry of Industrial Development to promote both local and foreign investments.

It will act as a one-stop agency for investments into the state providing investors with information on investment requirements including licensing approvals and building networking platforms among others.

Hajiji said ISB will act as the secretariat for an investment committee comprising state and federal agencies as well as relevant stakeholders to vet all investment proposals.

He said ISB’s success will be a boon to the state’s economic progress in achieving one of the main thrusts of the Halatuju Sabah Maju Jaya (SMJ), the GRS government’s five-year development plan.