Saturday, July 31
You are at:Home»News»Sabah»Traders relieved over nod for barter trade 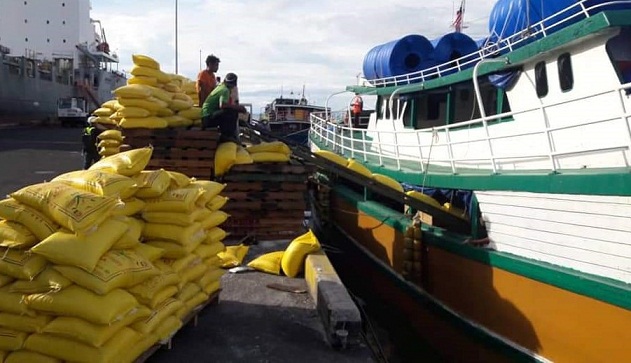 TAWAU: The Sabah Cross-Border Traders Association is relieved that the State Government has allowed cross-border trade activities to the Philippines and Indonesia to resume.

Its chairman, Datuk Omar Bachora said the permission for Barter Trade and Transhipment Trans-border activities with the Non-Convention Ship (NCS) mode of transport to continue was a relief on his part.

The relief was shared because the traders feared that if the supply of rice and sugar was delayed, they would most likely have to bear losses of up to RM15 million.

He said his party would not miss this opportunity and would adhere to standard operating procedures (SOPs) and work to curb the spread of the pandemic as they also understand that they are responsible as industry players to ensure that there is no contagion of new import cases from business activities.

Earlier, the State Government agreed to allow trade activities to be carried out again after going through evaluation and consideration by the relevant agencies.

The State Government has agreed to allow the movement of Indonesian and Philippine NCS vessels into the waters of the Eastern Sabah Security Zone (ESSzone) and all Malaysian NCS vessels from the ESSzone to the Philippines and Indonesia effective March 5 subject to strict SOPs for ship crew and entering and leaving through designated routes.