Tuesday, January 25
You are at:Home»Columns»Scientific snippets 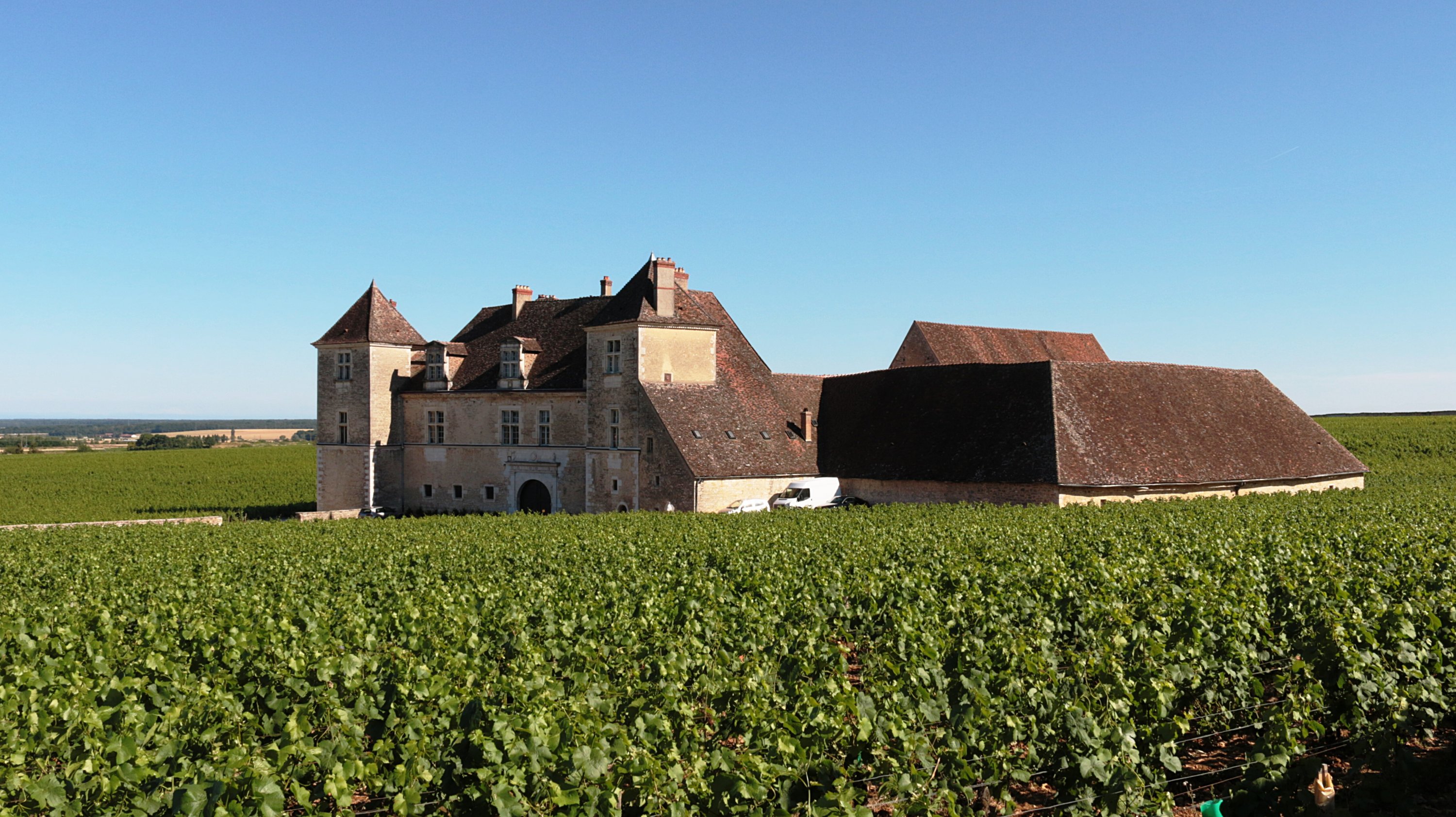 French vineyards such as these will now be protected from hailstones.

NEXT month will mark another grim milestone in the world’s history when carbon dioxide levels in the atmosphere rise to 50 per cent higher than before the industrial revolution began in the late 18th century. Such a frightening figure is based on readings taken at the Mauna Loa Observatory, Hawaii, which has the longest record of annual concentrations of carbon dioxide starting in 1958. Previous levels have been calculated by analysing bubbles of air trapped in ice drillings from glaciers and ice sheets usually from Antarctica.

It took over 200 years for levels to rise by 25 per cent and just over the last 30 years to reach this 50 per cent figure. The UK Meteorological Office predicts that the average carbon dioxide concentration will exceed 417 parts per million (ppm) from April to June this year. The average level was 278 ppm in the late 18th century. This rise is the result of the ever increasing use of fossil fuels. We now need global emissions of carbon dioxide to be reduced to zero if global warming is to be limited to 1.5 degrees Centigrade by 2050.

A joint research study by the universities of Glasgow, Leeds, and University College, London, used satellite images to measure the melting rates of 215,000 mountain glaciers, polar ice sheets in Greenland and Antarctica, and sea ice drifting in the Arctic and Southern Oceans. A staggering total of 2.8 trillion tonnes of ice was lost between 1994 and 2017 with the annual rate of melt increasing by 65 per cent over the same timespan. In the late 1990s, the rate of loss amounted to 0.8 trillion tonnes per annum and has now increased to over 1.7 trillion tonnes enough to cover one-third of Borneo, the third largest island in the world, with an ice sheet up to 100 metres thick!

Such ice losses have raised global sea levels by 3.5cm over the last 27 years thereby increasing the risk of flooding in coastal areas and destroying wild life habitats. For every 1cm rise in sea level nearly one million people are endangered and displaced from low-lying land. We simply need to respond to climate change and fully appreciate the very serious implications that sea level rises may have upon our coastal communities in the very near future.

To assist the absorption of carbon dioxide from the atmosphere, the British government has promised to double the rate of tree-planting to 12,140ha by 2025. Research at the Royal Botanic Gardens in Kew, London, has revealed that there are potential dangers in mass tree-planting if the wrong species are chosen. In a paper published in the journal ‘Global Change Biology’, the authors highlighted unsuccessful schemes in Eastern Madagascar and South Africa which, despite intentions to increase carbon dioxide capture, resulted in negative impacts on biodiversity, the landscapes, and the livelihood of local people.

Madagascar, the fourth largest island in the world, was savagely cleared of much of its forest land to make way for ranching and plantation crops in the 1960s. This led to a massive decline in the native species of ring-tailed lemurs, driven from their natural habitats towards villages. Two decades ago, I had the fortune of visiting a village by boat, in North West Madagascar, where lemurs are fed by the villagers and are part and parcel of their daily lives, even descending on me! In the 1980s, in Eastern Madagascar, large scale reforestation schemes abounded with the planting of non-native species of trees such as the Australian Red Silky Oak with the aim of providing local communities with a source of firewood. Wildlife suffered!

In South Africa, the planting of Australian acacia trees during the late 19th and early 20th centuries spread widely and they have overtaken the natural heathlands leading to a significant lowering of water tables. It now costs millions of dollars a year in clearing them.

Wherever we are in the world, we want to avert global warming and reduce the loss of our native forests but we need to observe our local ecosystems and carefully plan what trees we will plant. Local people should be central to tree planting projects, using the right tree species which can maximise biodiversity and ensuring that the trees are resilient enough to adapt to a changing climate. When done correctly and effectively, global warming can be controlled and local wildlife and people’s livelihoods maintained.

Research by Chinese meteorologists on the dry lands of the Tibetan Plateau has shown that rainfall can be increased by 17 per cent by aiming powerful low-frequency sound waves at passing clouds. Using the droplet coalescence theory, powerful speakers fired sound waves of between 50 and 160 hertz, equivalent to a gunshot, into the clouds. This energised the water droplets through vibration and led to the collision and coalescence of millions of these into larger and heavier raindrops that fell out of the clouds. Such a clever technological method makes no use of silver iodide — the traditional rain seeding method — and thus reduces chemical pollution. Professor Wang Guangquian in the hydraulics department of Tsinghua University has certainly invented a well tried and tested means of increasing rainfall in passing clouds during times of drought.

During the Spring and Summer ripening times of grapes, hailstorms in recent years have reduced wine outputs considerably in the Bordeaux region of Southwest France. Saint Emilion is a Bordeaux appellation to be tasted and admired and now scientists have guaranteed that fewer hailstones will hit the vineyards. A high-tech plan costing 1.3 million euros to convert hail into rain by spraying salt into the clouds is underway. Radar stations detect when clouds are likely to deposit hail. Then, helium filled balloons carrying bags of salt are released into the clouds. An altimeter detects the height at which the salt bags burst thus scattering the salt particles within the cloud. Salt lowers the freezing point of clouds and thereby ensures that the precipitation falls as rain.

It is thought that, through global warming, hailstorms have become more frequent but this new technology will reduce the risk of hail falling by between 60 and 100 per cent. The same system of radar detection and warning has been adopted in the Rhone valley vineyards and orchards where apples, pears, and peaches are grown. 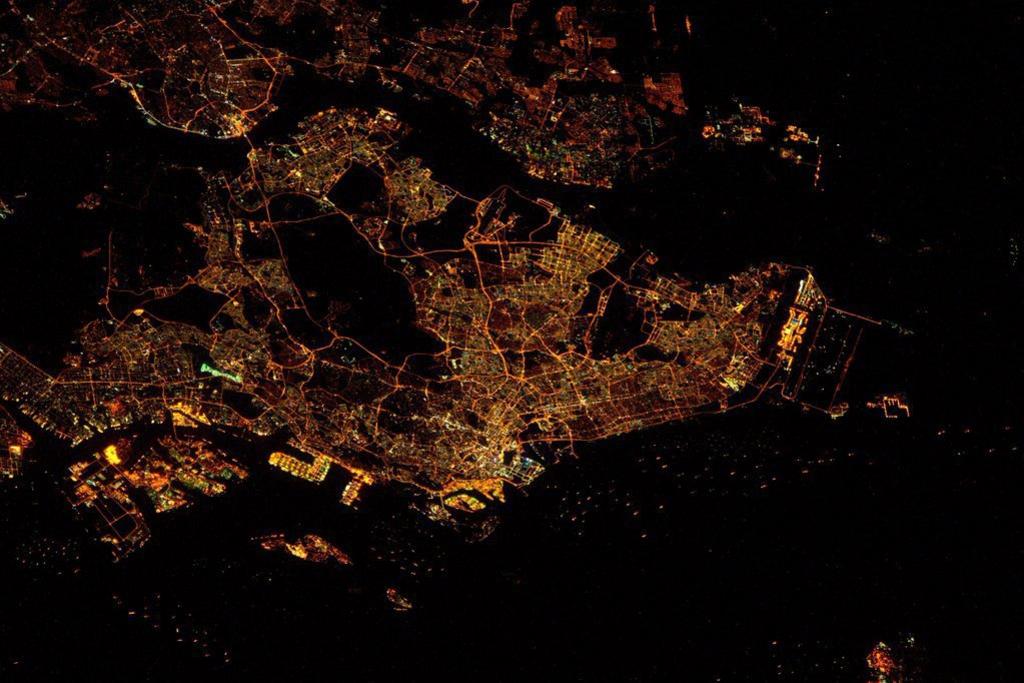 Singapore at night from the International Space Station. — Photo by Nasa

This term has only recently been coined for the excessive use of street and neon lighting we employ in our cities, accounting for up to 30 per cent of local authorities energy bills. Satellite images at night highlight the main cities on our Earth and the fact that we only occupy 15 per cent of the Earth’s surface with vast dark areas sparsely inhabited. Kuala Lumpur, Singapore, Kuching, and all major cities shine out from the darkness.

From ground level, at night, as citizen scientists, we can see fewer twinkling stars in the firmament year by year such is the power of street lighting. Darkness is a primeval gift for it is something worth appreciating and no better echoed than in Paul Simons recording in 1964 of ‘The Sound of Silence’, “Hello darkness my old friend.”

Needless illumination in our urban areas have affected the migration, reproduction, and feeding patterns of birds as well as the pollination of flowering plants let alone interrupting our sleep patterns by glaring street lights outside our bedroom windows and adding extra cost to our household bills as council tax payers. Yet, street lighting illuminates roads and provides us with greater night time security.

We live in an age of excessive outdoor lighting and need to turn down our lamps not just for Earth Day but for the betterment of our economy, our environment, and to allow millions of children to see stars in the heavens. I do not miss the nightly chirping of a nightjar as it crooned on the street light outside my urban bedroom window and rejoice, today, in my rural hamlet house on the absence of street lighting when I can look up and see the twinkling stars above my head and hear the high pitched frequency of bat calls, and listen to the hoots of barn owls, and smell the fragrance of flowering plants. My senses are enhanced by darkness.