Monday, November 29
You are at:Home»News»Bishop hails court ruling on ‘Allah’ use by Christians as victory for ‘common sense’ 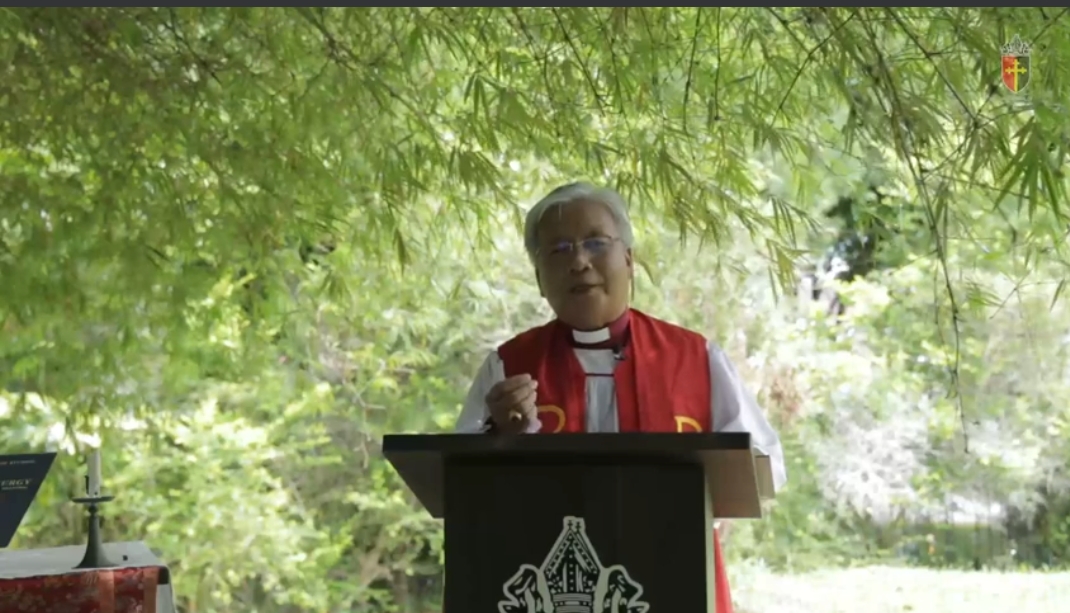 Bishop Danald carrying out the Palm Sunday service at the compound of the St. Thomas Cathedral that was broadcasted live.

KUCHING (March 10): The High Court’s decision in allowing the word ‘Allah’ to be used by Christians all over Malaysia is a victory for common sense and should not be seen as a victory for one group over the other, said Bishop of Anglican Church in Sarawak and Brunei Datuk Danald Jute.

“This is a victory for common sense, which must be accepted and celebrated by all peace-loving and sensible Malaysians, of all backgrounds.

“The ruling by the Court of Appeal Justice Datuk Nor Bee Ariffin, who sat as the High Court judge, is not and must not be construed or interpreted as being a victory by one person or groups of persons over another,” he told The Borneo Post when contacted today.

Danald was commenting on Justice Datuk Nor Bee Ariffin’s ruling today that the Malaysian government’s directive issued in 1986 with a total ban on the use of the word “Allah” in Christian publications is unconstitutional and invalid, and also declared orders to affirm Sarawakian Bumiputera Christian Jill Ireland Lawrence Bill’s right to not be discriminated against and practise her faith.

Meanwhile, Roman Catholic Archbishop Simon Poh delined to comment on the matter until he has sighted the actual verdict of the High Court.