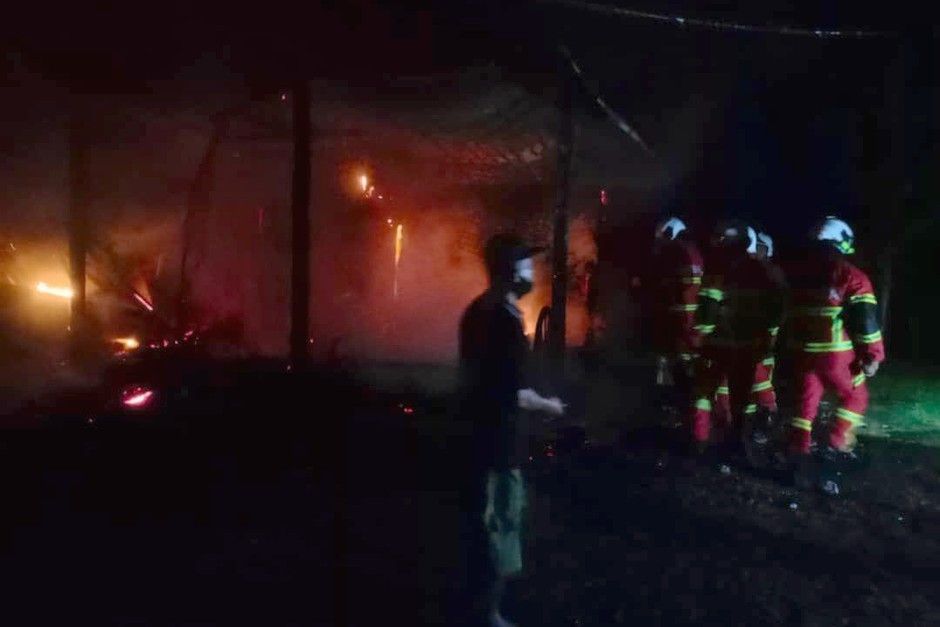 Firemen at the scene of the fire which killed an elderly man.

KOTA KINABALU: A disabled 80-year-old man perished in a fire which destroyed a house in Kampung Tembongon Giuk, Kiulu on Saturday night.

Chung Pau Sang @ Joseph Chung was a casualty in the 11.30pm fire when the house was destroyed completely.

Operation commander PBK II Azran Jull said the house sustained 100 per cent damage by the time firemen from Tuaran arrived at the scene.

“The operation was controlled by 12.05am. Firemen found the victim’s body and handed it over to police for further action,” he said.

The cause of the fire is still under investigation as well as the estimated losses, added Azran.