Wednesday, May 19
You are at:Home»News»Sabah»12 years’ jail for sexually assaulting 10-year-old girl 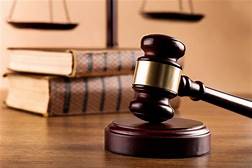 KOTA KINABALU: The heinous act of an elderly man, who was jailed for 12 years by the Sessions Court here today, was revealed after the victim’s little brother who hid inside a cupboard while the accused sexually assaulted his 10-year-old sister, broke the secret to their mother.

Tudiman Mattani, 61, who was brought before judge Azreena Aziz, changed his plea of not guilty to one of guilty to a charge under Section 14 (a) of the Sexual Offences Against Children Act 2017, when the case came up trial.

The court also ordered the accused, who worked as a can collector, to be placed under police supervision for two years after completing his jail sentence.

Tudiman admitted to licking the victim’s vagina in a room of a rented house in Sipitang between March and May, 2020.

The prosecution told the court that the accused, who was known to the victim as ‘uncle’ as he had rented a room at the same house with the victim’s family, had committed the offence in his room.

An investigation revealed that the victim’s mother came to know about the incident when her eight-year-old son who hid inside a cupboard, saw the accused committing the offence.

The accused did not know that the boy was hiding inside the cupboard.

A medical checkup conducted on the victim showed that her hymen was still intact.

It was also learnt that the accused had been doing the same thing to the victim when her mother was not around.

In mitigation, the unrepresented accused prayed for a lenient sentence and when asked whether he had any dependent, he said none.

In reply, the prosecution urged the court to impose a deterrent sentence against the accused.