Tuesday, April 13
You are at:Home»News»Sabah»Man charged over Beaufort restaurant murder 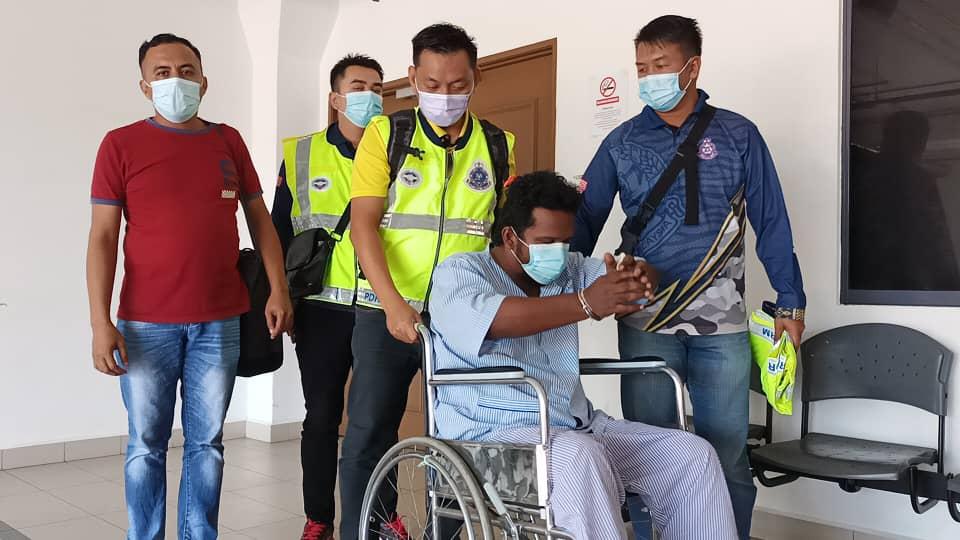 Hobalan, who is suffering from spine injury on wheelchair, leaving the court house after the proceedings.

KOTA KINABALU: A man was charged in the Sessions Court here today with killing a 53-year-old man in December last year.

No plea was recorded from the accused, who faces a charge under Section 302 of the Penal Code which carries the mandatory death sentence, upon conviction.

The court fixed April 15 to re-mention the case at the Beaufort court and the accused, who was represented by counsel Ram Singh, Flavian Henry and Kimberly Ye, will be further detained in custody, pending disposal of the case.

In the Magistrate’s Court, two men were sentenced to nine months’ jail for a joint charge of stealing three sacks of garlic and four sacks of Bombay onion.

Magistrate Lovely Natasha Charles meted out the sentence on Mohammad Elmay Emlani, 21, and Absrin Abraham, 29, after they pleaded guilty to their charge under Section 380 of the Penal Code.

The indictment carries a jail term of up to 10 years and also liable to a fine, upon conviction.

The accused persons admitted to stealing the garlics and onions from a shop here on January 29.