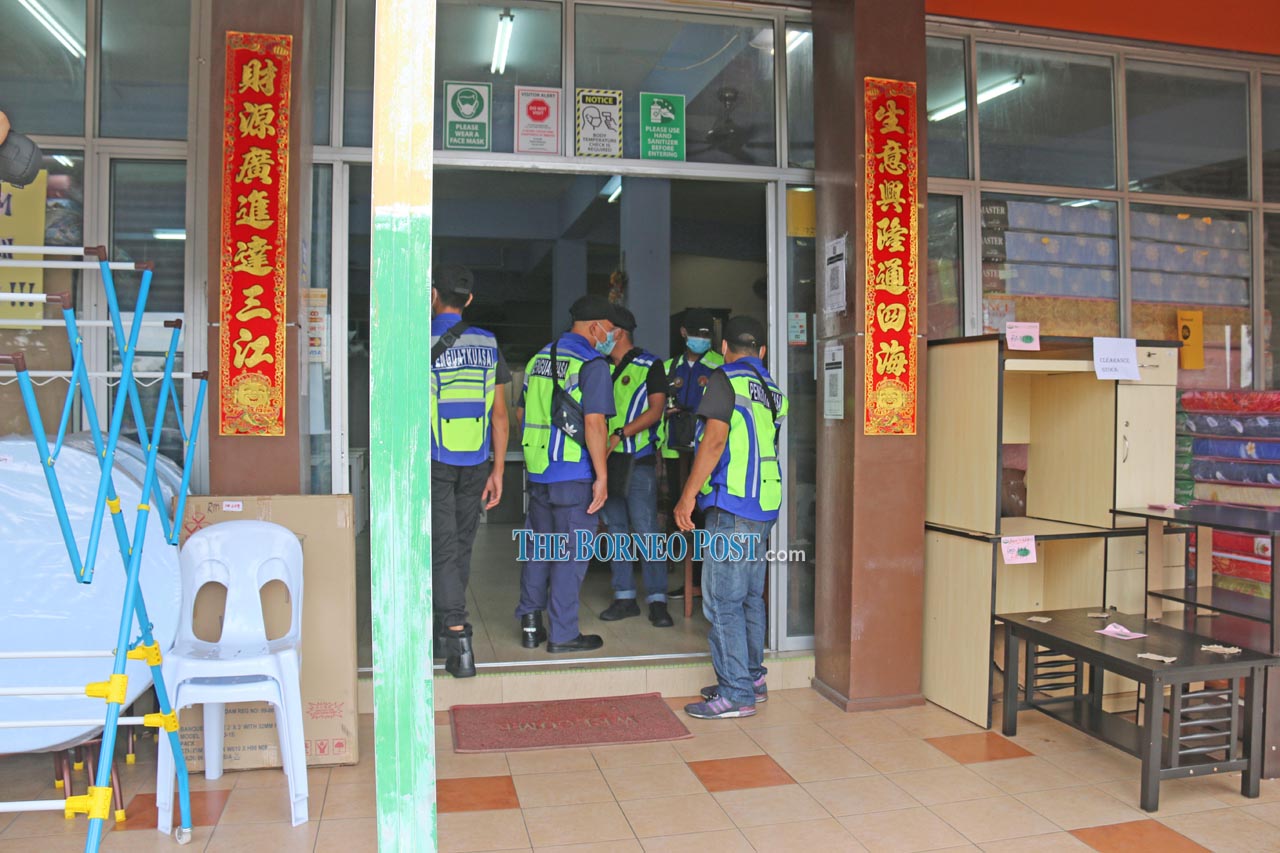 The MCC enforcement team checks a business premises on its SOP compliance during Saturday’s operation.

MIRI: Three business premises and an individual were each issued a compound notice of RM1,500 by Miri City Council (MCC) under the new directive for stricter enforcement on the compliance of Covid-19 standard operating procedures (SOP).

“During the two-hour operation, the enforcement team issued four compound notices of RM1,500 each. The offenders were a member of the public, two beauty salons and one eatery centre.

“The operation was carried out in accordance with Section 15 of the Protection of Public Health Ordinance 1999,” he said.

MCC had last Thursday announced that a directive was received for council enforcement personnel to issue compound notice of RM1,500 on those found flouting the SOP with immediate effect. The previous compound amount was RM1,000.

“Stricter enforcement is now deemed necessary in light that the Covid-19 pandemic has, according to the daily report from the authority, spread to a wider area in our community including Miri city,” said Yii.

In this regard, the mayor reminded the public and business operators to always ensure compliance with the Covid-19 SOP.

For business owners, he said it was important they keep proper records of their customers, such as through the MySejahtera application, and also screening the temperature of anyone entering their premises.

“They should also comply strictly with the SOP and instructions which have been laid down by the authorities in allowing them to carry out their businesses,” Yii added.