Wednesday, April 14
You are at:Home»News»Sabah»Rhinos all out to break winless start 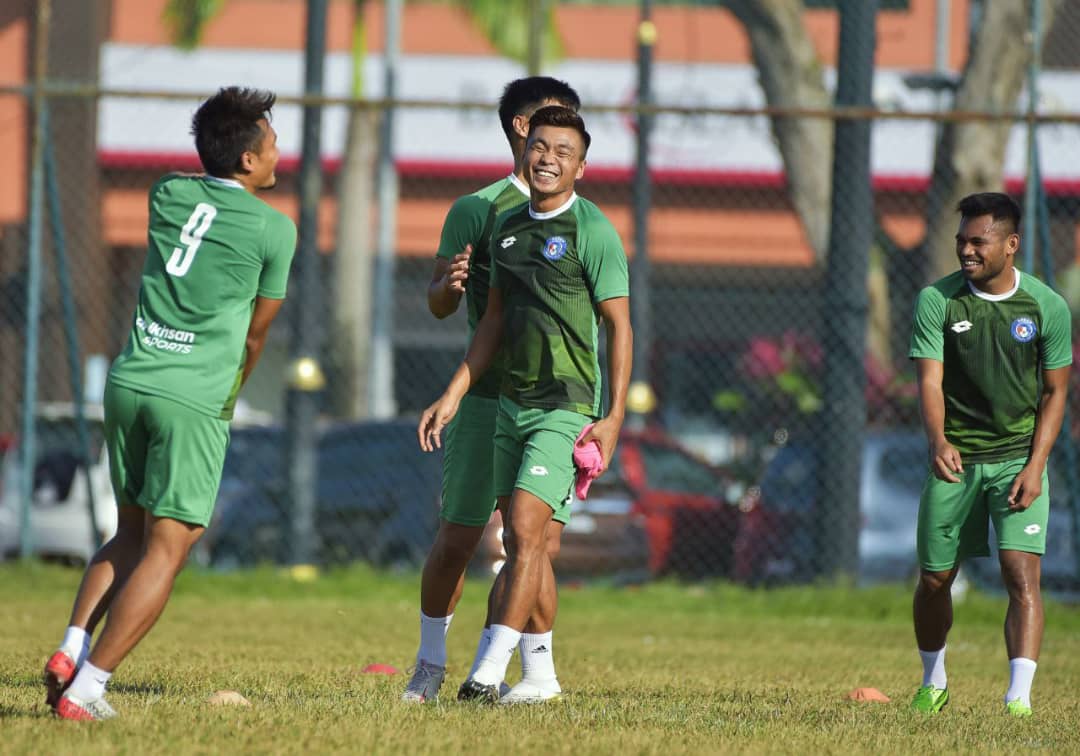 KOTA KINABALU: Sabah FC are determined to end their winless start to the new Super League campaign when they take on Sri Pahang FC at the Darul Makmur Stadium in Kuantan tonight.

The match will present the Rhinos a good chance to finally get their first three points of the season, if the form of the teams are of any indication in the last three games.

On paper, there is not much separating Sabah FC and Sri Pahang as both have struggled to get into top gear early in the campaign.

“For the first three matches we did struggle including with the team preparation but Pahang is also facing a similar situation in the way that they did not have the best start to the campaign.

“That said Pahang still have the edge since they are playing at home and like us, they are desperate to register a first win in the new season.

“However we are very determined and focused and we will give a good fight because we need the (three) points too, which we hope would give us the confidence  in our future matches,” said assistant head coach Burhan Ajui yesterday.

For the record both teams have only collected a single point from their last three outings, with the Rhinos edging their hosts for a better position in the 12-team league with better goal difference.

With identical one draw and two losses, Sabah FC and Sri Pahang are currently 10th and 11th and another unfavourable result may see them battling for survival despite the league still being in its infancy stage.

Both teams will go into the game with their own problems.

Sabah FC are still trying to get the best out of the players playing as a unit, especially when they have only been able to assemble the full squad just before the match game against PJ City FC last Saturday.

And it showed in the 0-1 home loss to PJ City that the Kurniawan Dwi Yulianto-coach side may need time to gel and find their best combination to challenge other teams in the league.

However, positive progresses are expected in the form of new foreign signings Saddil Ramdani, Risto Mitrevski, Sam Johnson and Levy Madinda have already made their much anticipated debut last weekend and more training sessions under their belt.

Hopes are high the four would be able to get their rhythm after the delayed debut and combine well with the rest of the squad to try and get the desired result against Sri Pahang.

“If we look at our first two matches, we played well but lack the bite up front and when we played at home (against PJ City), we were unlucky not get the full points.

“Maybe some of the players are feeling the pressure to collect the points especially when we are the away team but I think the other team likewise feel the same…the chances of winning is equal for every team.

“So, whichever team that play according to instructions and able to implement the coach’s plan on the field, that team will have a better chance to win,” he added.

As for host Sri Pahang, it was reported that head coach Thomas Dooley and assistant coach Christophe Gamel were told to take a “rest” following consecutive losses in the opening two matches.

Team manager Dollah Salleh was put in charge in their third game which they were held to a scoreless draw by Malacca United FC.