Saturday, May 28
You are at:Home»News»Run-down Kuching Civic Centre to see better days 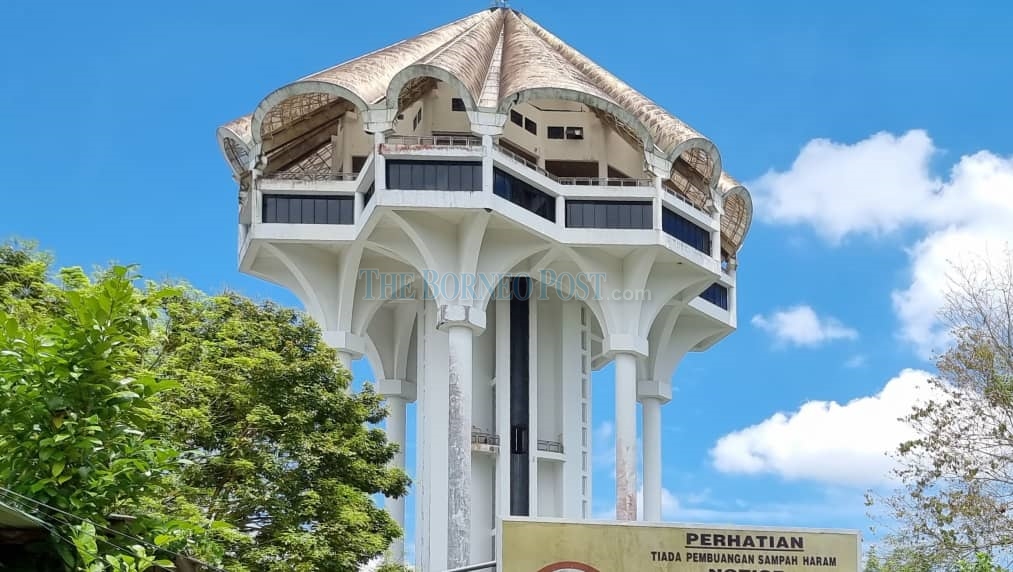 The unique tower of the Kuching Civic Centre in need of better upkeep.

KUCHING (Mar 15): Once one of the most recognisable icons of Sarawak, the Kuching Civic Centre is today a shadow of its former self and in need of much care and attention.

The Borneo Post, during a visit this morning, found the facade of the building crying out for a new coat of paint and its roof stained by moss.

The lifts heading to the upper levels of the unique umbrella-shaped tower were not working, and the Petrosains PlaySmart Centre and the Sultan Iskandar Planetarium have been closed to the public until further notice due to the Covid-19 pandemic.

The hall, where many events have been held, was closed and inaccessible.

In its compound, were some overgrowth and discarded items. A skatepark and children’s playground appear to have been left unattended and in need of better upkeep. 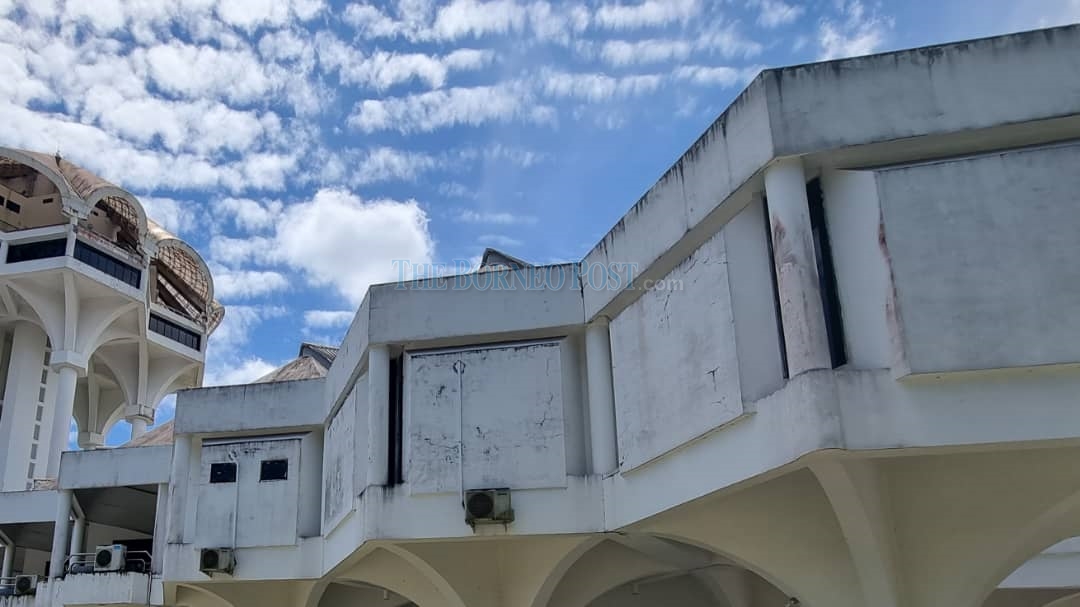 The Civic Centre was opened when Kuching was elevated to city status more than 30 years ago.

The building, however, is by no means abandoned as it still has a working management office, and Youth and Sports Minister Datuk Abdul Karim Rahman Hamzah has given his assurance that the Civic Centre will see better days.

Contrary to public assumption, the Civic Centre is not under the jurisdiction of the Kuching City North Commission (DBKU) but Abdul Karim’s ministry.

When contacted, he told The Borneo Post that the State Cabinet had decided that his ministry will take over all Civic Centres in the state from the Welfare, Community Wellbeing, Women, Family and Childhood Development Ministry.

He revealed that his ministry was now in the process of acquiring the provisions for maintenance and repairs to the complex here, adding that this effort was not limited to the Kuching Civic Centre but also covers other civic centres located throughout Sarawak.

“We are still doing the study and we need to come up with the expected cost (for upgrading and repairs) which we will then present to the state government.

“We still have to wait (for the funding) from the state government. We don’t want to do it on a piecemeal basis as a lot of them (the civic centres) are quite run down.

“Normally when it comes to depreciation, things need to be repaired or replaced, it has to go through the Sarawak Public Works Department (JKR). We are still in the process of finalising it,” he said. 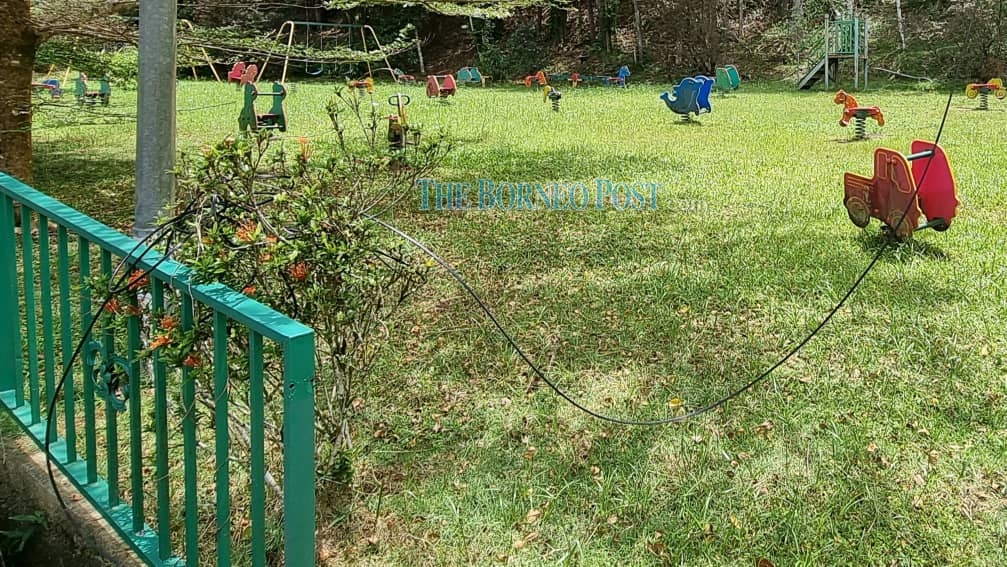 A utility cable dangles near a children’s playground behind the Civic Centre.

Abdul Karim, who is also Tourism, Arts and Culture Ministry, did not comment on when his ministry aims to start the necessary works on the Civic Centre here.

The Kuching Civic Centre is regarded as one of the major landmarks in Kuching, with the futuristic umbrella-shaped tower offering a 360-degree panoramic view of the city and the surroundings.

It was officially opened on August 1, 1988, following the proclamation of Kuching’s status as a city.

It also houses the Sultan Iskandar Planetarium which was the first planetarium opened in Malaysia. The white-domed structure housing the planetarium was first opened on Jan 19, 1989.

The Civic Centre’s hall was a popular venue for many events, including weddings, concerts and exhibitions. 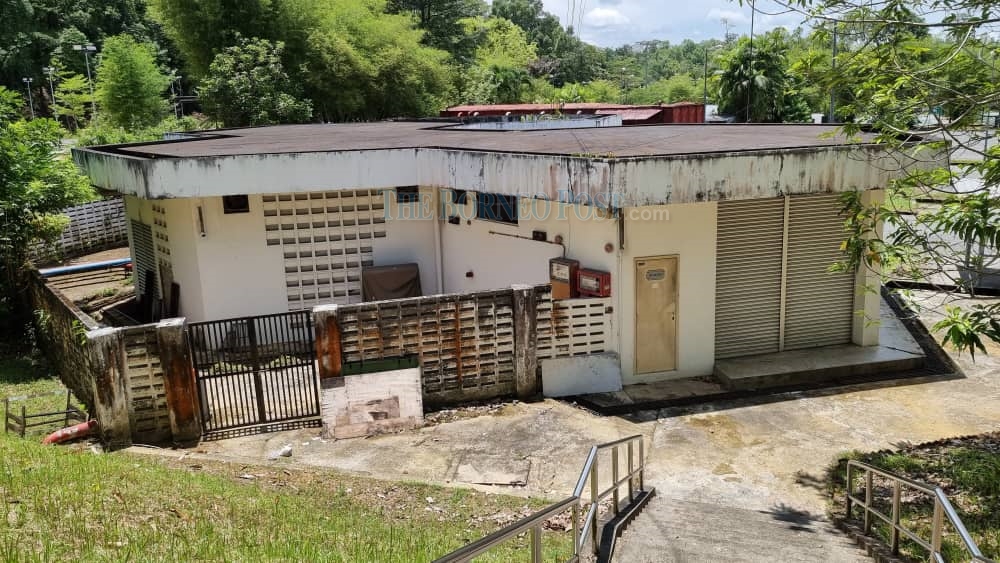 A building behind the Civic Centre in need of improvement.