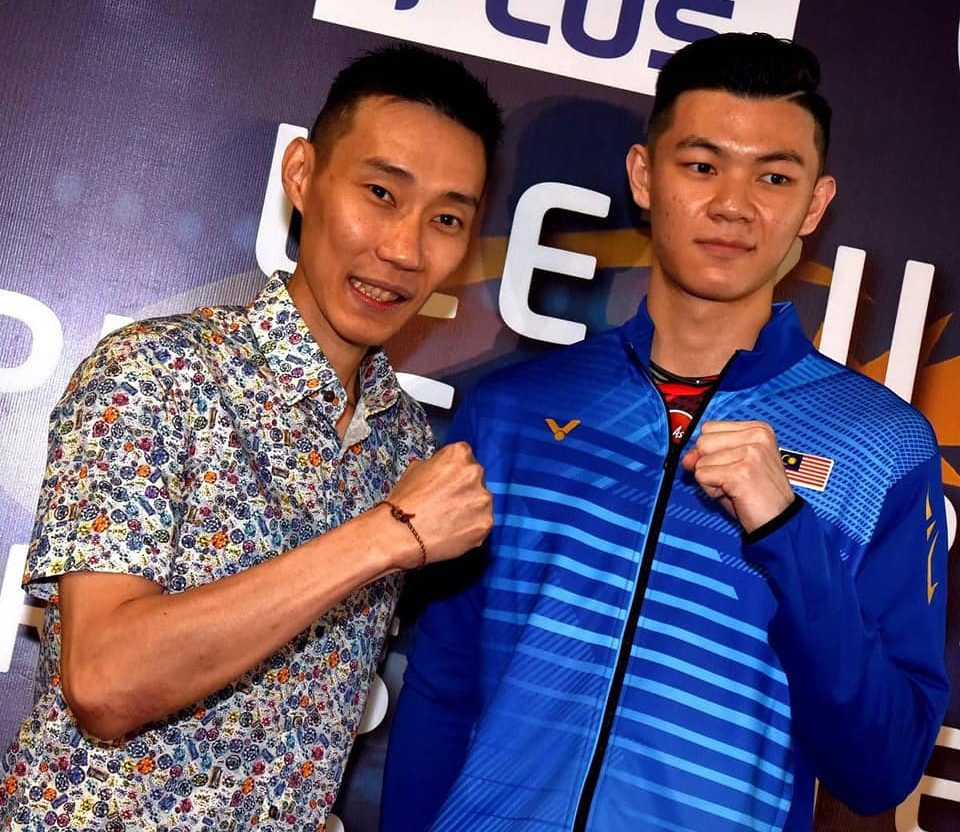 Zii Jia (right) admitted that Chong Wei always contacted him to give words of encouragement before he stepped into the court in any badminton tournaments. – Photo from Datuk Lee Chong Wei’s Facebook account

KUALA LUMPUR (March 22): “You have to be yourself because coaches cannot help you much when you play in the court.”

That was the useful advice by world’s badminton great Datuk Lee Chong Wei, that prompted the country’s current top men’s singles shuttler Lee Zii Jia to propel his way to emerge victorious at the 2021 All England Badminton Championships last night.

“Chong Wei said the coach will help you (as much as) 20 per cent (to gain your strength to win), but you yourself must have another 80 per cent to fight,” he said in a video shared by the Badminton World Federation (BWF) to the media.

Commenting on the final showdown, Zii Jia said he knew he had the chance to clinch the title when Axelsen started to lose focus in the deciding set.

Zii Jia admitted that he pounced on Axelsen’s weariness to leave the Dane in a daze to triumph in this outing.

“It was indeed a tough game especially in the first set and after losing the second set, I told myself just focus to score every point in this game because if you lost it, your opponent will try to take advantage of it.

“For me, both of us played very well until the third set in which Axelsen began to lose focus and that was the moment where I got the advantage to edge him,” he added.

The 2019 SEA Games champion pointed out that it was hard to describe his feelings upon winning the prestigious title, and what was more interesting is, he managed to avenge his defeat to the eventual winner Axelsen in last year’s semi-finals.

“I was happy, sad and excited…everything just came in one moment,” he said.

Meanwhile, Axelsen admitted that his tiredness playing long games in the previous matches had taken a toll on him in the final and thus, caused him to lose the game.

“I think I’ve been quite out of energy after playing long matches en route to the final…Zii Jia was a rightful winner and I want to congratulate him,” the world’s number two said.

This was only Zii Jia’s second victory in five meetings against Axelsen, who was competing in his third consecutive final in the tournament.

Zii Jia’s victory yesterday put back Malaysians on the All England winners list after Chong Wei’s success in the 2017 edition.

The feat also ended Zii Jia’s nearly three-year title drought, having won the Chinese Taipei Open in 2018 when he beat Riichi Takeshita of Japan, 21-17, 16-21, 21-11, before sacrificed a year in the Covid-19 pandemic. – Bernama