Tuesday, November 29
You are at:Home»News»Sabah»MoU to spearhead coconut industry devt in Sabah 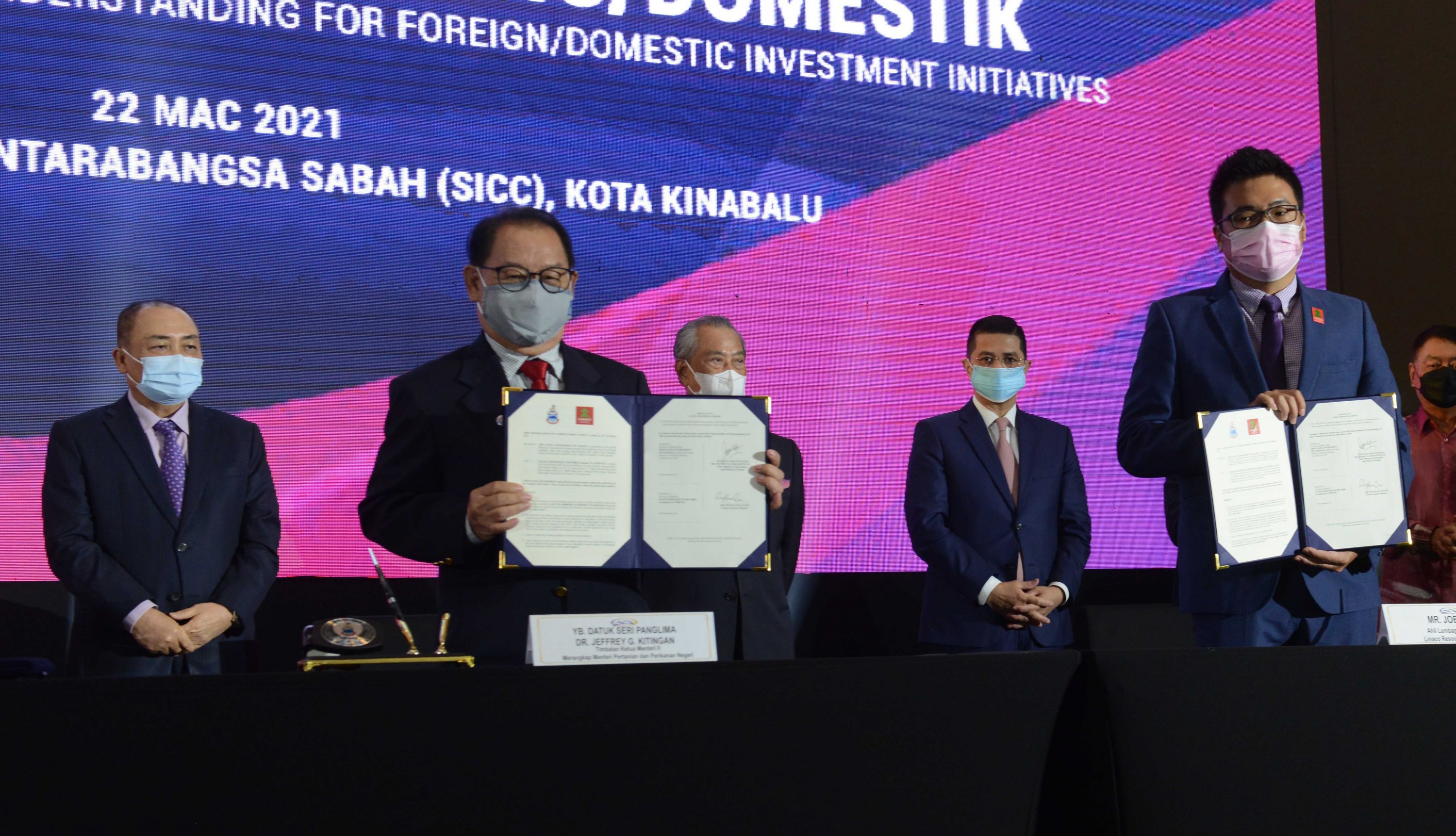 KOTA KINABALU: In line with the Prime Minister’s directive for Malaysia to implement more development projects through private financing initiatives (PFI), the Sabah State Government under the leadership of Chief Minister Datuk Seri Hajiji Noor sealed an MoU with the Linaco Group to spearhead development of the local coconut industry in the state.

The MoU was inked on March 22 at the Sabah International Convention Centre (SICC) here and witnessed by Prime Minister Tan Sri Muhyiddin Yassin and Hajiji.

The Group’s Founding Chairman, Richard Ling, expressed his joy while emphasizing the importance of this project for the growth of the business and economy.

“It is indeed a delight for us after five continual years of pursuit with the State Government to have finally received their green light to implement our proposal, starting with the upstream supply component of our business model. This not only gives us a competitive advantage by finally securing our raw material source locally; it is also an initiative that is close to our heart to build the community and economy of Sabah and Malaysia together,” he said.

Linaco will work closely with the Government to implement an Integrated Coconut Blueprint with a view of intentionally creating a holistic and sustainable agribusiness ecosystem for the local coconut industry, encompassing various components throughout the supply chain to unlock latent value in Sabah’s vast land and resources.

Linaco is a Malaysian conglomerate founded in 1992 that has grown by leaps and bounds over the years to emerge as Malaysia’s leading producer of coconut-based products. It is also a major global player with exports to more than 40 countries worldwide, employing more than 2,000 staff in offices and factories regionally.

A representative from the Board of Directors, Peter Ling, further clarified that Linaco will commit to build and operate an integrated coconut factory in Sabah as the catalyst that will spark and drive the entire project.

“To uplift the livelihood of locals and to create sufficient jobs and opportunities, a set-up has been envisioned that will eventually utilize 700 to 800 tonnes of coconut daily, requiring a cumulative investment of RM200 million over the next five years,” he said.

A manufacturing plant of this scale will eventually require coconut farms numbering 10,000ha in order to sustainably supply the required number of coconuts. As such, Linaco will also invest in large scale plantations totalling 4,000ha using high-yield hybrid coconut palms in partnership with the State Government to create the initial momentum. Planting costs for this will require investment of another RM200 million.

The Sabah Government can now safely work on mobilizing local smallholder farmers and other players to plant the balance 6,000ha over the next few years to make up a required total of 10,000ha.

Linaco will undertake to purchase all coconuts eventually harvested at an agreed minimum floor price for use in their upcoming integrated manufacturing plant. Five coconut collection centres are even now being planned for Kudat, Pitas, Kota Marudu, Kota Belud and Menumbok to begin buying from farmers as soon as possible.

Peter added that the entire project will eventually generate a combined GDP of more than RM1.2 billion directly for the economy of Sabah, with Linaco serving as the bridge to link Sabah’s farming communities to the global market.

“I believe that coconut will indeed emerge as the new sunrise industry that will directly impact and uplift the livelihood of thousands of locals, as well as create numerous spin-off industries and attract further investment from related players to the shores of Sabah,” he said.

Previous ArticleDr Sim: Over 9,000 Sinovac vaccine doses to be given to frontliners aged 60 and below with no comorbidities
Next Article Covid: MOE made decisions in the best interests of children – Minister