Thursday, September 23
You are at:Home»News»Court»Trial date fixed for police corporals charged in connection with rape of minor by detainee in Miri lockup 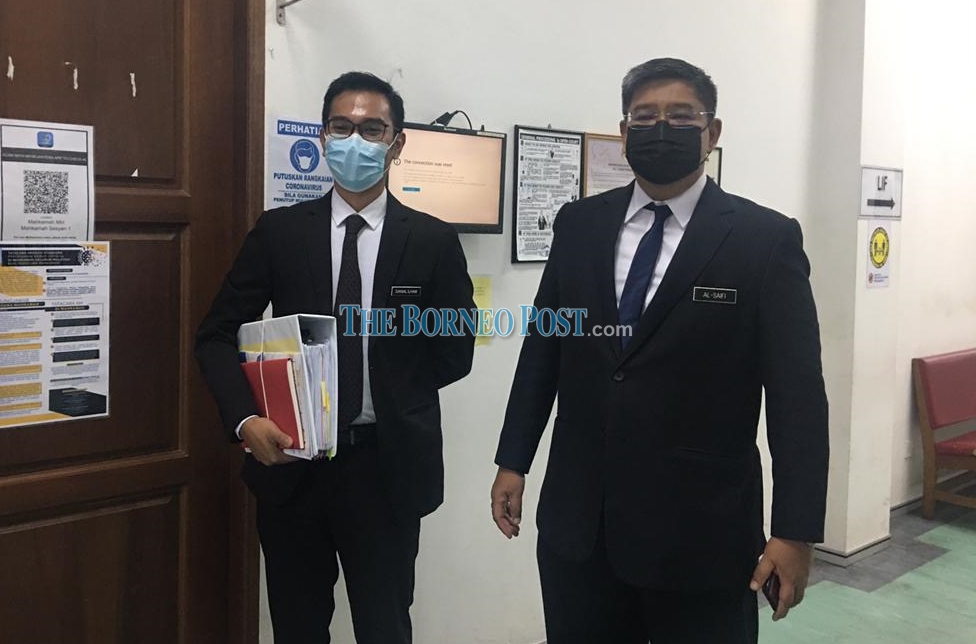 MIRI (March 29): The Sessions Court here today fixed the trial date of two police corporals who were charged in connection with the rape of a minor by a detainee in the Miri Central Police Station lockup in January this year.

Earlier, Mohammad Al-Saifi told the court that the issue of conflict of interest had been resolved after the defence counsels have decided on who they will represent who in the case.

Counsel Ranbir Singh on the other hand, would represent Zuraini Razzi Raini, who is charged with the rape case in the CPS Miri lockup which is related to this case.

During the mention of the case on Feb 22, Mohammad Al-Saifi had asked the court to look into the issue of conflict of interest because Ranbir and Gurvir, who are representing Brase and Edmund respectively, are also representing Zuraini.

He told the court that both Brase and Edmund would become prosecution witnesses in Zuraini’s case, and vice versa, and thus questioned as to how the defence counsels were going to cross-examine their own clients later during trial, unless they choose to represent one party only.

The two policemen were charged under Section 31(1)(a) of the Child Act 2001 which carries a fine not exceeding RM50,000 or imprisonment of up to 20 years, or both, upon conviction.

Based on the facts of the case, the two accused were responsible for the 16-year-old victim who was being detained at the lockup after her arrest for alleged involvement in illegal gambling activities.

They had allegedly allowed the cell of Zuraini to remain unlocked and for him to have access to the key of the victim’s cell.

Both accused also face an alternative charge under Section 166 of the Penal Code, for deliberately violating the legal instructions while on duty as civil servants by leaving Zuraini’s cell unlocked which violated his remand order dated Dec 31, 2020, at the same time and place.

The section provides for up to one year in jail or fine, or both, upon conviction.

The prosecution was led by Mohamad Al-Saifi along with two Deputy Public Prosecutors (DPP) comprising Muhammad Nor Sollihin Salleh and Danial Ilham.