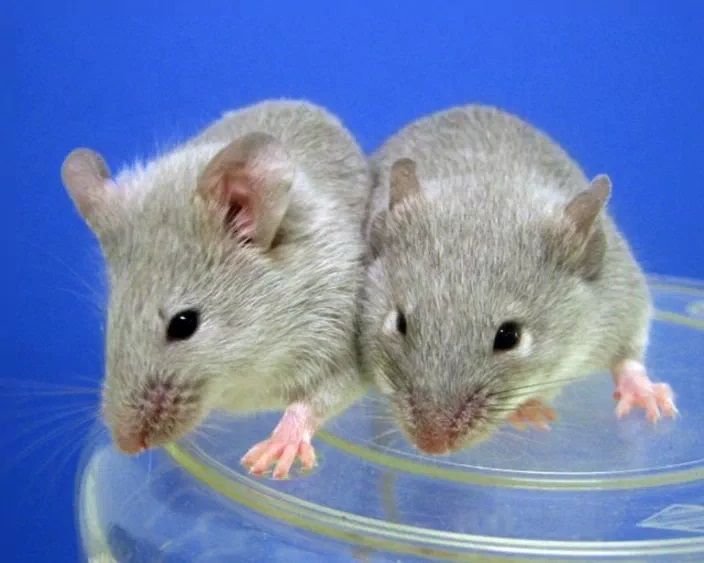 Stressed mice shed fur because a hormone produced when they are under pressure interrupts normal growth cycles, according to a new study that could offer hope for treating humans.

The research, published Wednesday in the journal Nature, sheds light for the first time on why stressful situations can result in hair loss.

And it finds a way to reverse the shedding, though the researchers caution more work is needed to determine if the results apply to humans.

In the anagen phase, a hair follicle grows continuously, but that stops in the catagen phase, and the dormant hair eventually falls out during the telogen phase.

Researchers led by Ya-Chieh Hsu, associate professor of stem cell and regenerative biology at Harvard University, wondered if hormones produced during stressful situations were having a direct effect on hair.

Stressed humans produce a hormone called cortisol, while in mice the equivalent is called corticosterone, which is produced by the adrenal gland.

To test corticosterone’s role, they removed the adrenal gland from a group of test mice and compared their hair cycles with those of control mice.

Those with the gland removed — dubbed ADX mice — had significantly shorter telogen rest cycles, and their hair grew more and for longer periods during the anagen phase.

The study then looked at the effect of elevated corticosterone levels, examining both mice fed the hormone and those subjected to external stressors.

In both groups, the mice experienced extended rest cycles, meaning it took longer for new fur to come in.

But how exactly does corticosterone do this?

Through a series of experiments, the researchers honed in on a protein called Gas6, which is key to stimulating normal hair growth.

And by injecting Gas6 into the skin of mice with elevated corticosterone, the researchers found they could counteract that effect.

But the findings are far from an immediate miracle cure for humans, cautioned Hsu.

“Our discovery is only the first key step, and more work still needs to be done before it can be applied to humans,” she told AFP.

There are several promising research avenues though.

“Given the potent effect of Gas6 on promoting hair follicle stem cell activity, it might be interesting to see if Gas6 might be helpful for promoting hair growth in general, beyond stress,” she said.

There are also important differences between mice and humans that mean the results might not translate directly, added Rui Yi, a professor of pathology and dermatology at Northwestern University.

“Although corticosterone is considered to be the rodent equivalent of human cortisol, we do not yet know whether cortisol signals in a similar fashion in humans,” he wrote in a review commissioned by Nature.

Hair cycle phases are also different in mice than in humans: most of an adult mouse’s hair is in the resting phase at any given time, compared to just 10 percent of a human’s hair follicles.

Additional research is needed on any potentially dangerous side effects of Gas6 use, but the work does show promise, Yi added.

“Modern life for humans is inevitably stressful,” he wrote.

“But perhaps, one day, it will prove possible to combat the negative impact of chronic stress on our hair at least — by adding some Gas6.” – AFP