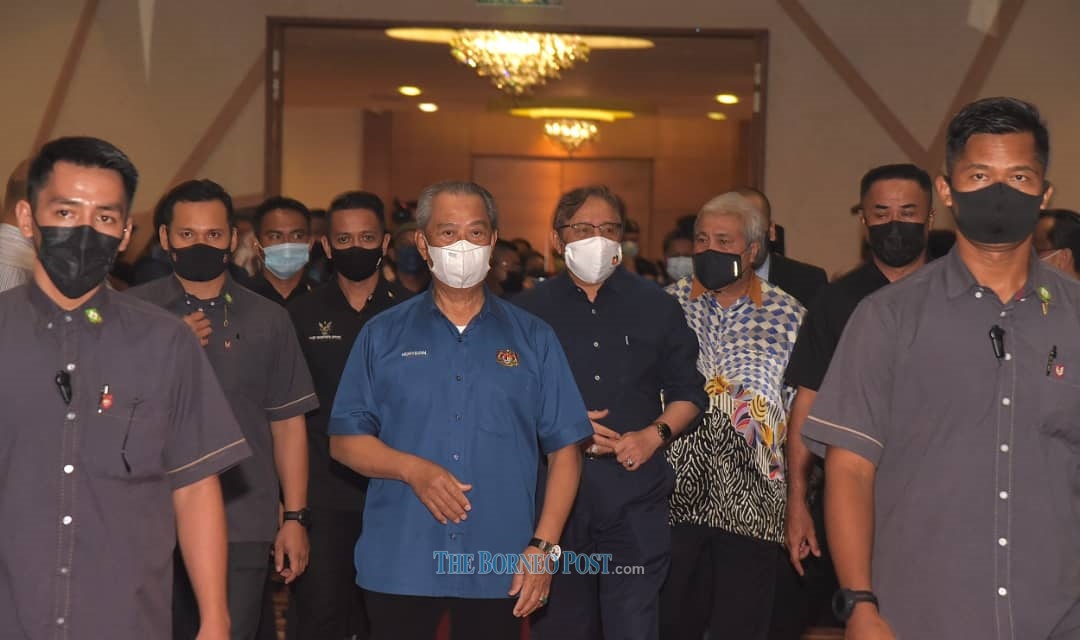 The Chief Minister said the state had planted three million trees for the programme thus far and would continue such efforts to achieve the target.

“Sarawak is also having its green policy. We want to play our role in fighting global climate change. Malaysia will get that good image throughout the world and Sarawak wants to do that to help Malaysia,” he said during a luncheon with Prime Minister Tan Sri Muhyiddin Yassin and GPS leaders at Waterfront Hotel here.

Abang Johari, who is GPS chairman, reiterated GPS’ support for Muhyiddin as the prime minister.

He pointed out that political stability mattered most for Malaysia, a country still at its developing stage.

“In the last two days, I said it publicly that GPS is behind you (Muhyiddin) because Malaysia needs a stable government. In Sarawak, we have our own formula, our own culture.

“If Sarawak is stable, government of Malaysia is also stable, that you (Muhyiddin) can count on me. But if Sarawak is a mess, then the federal government will also be affected.

“God willing, up to now, from SUPP (Sarawak United Peoples’ Party), PRS (Parti Rakyat Sarawak), PDP (Progressive Democratic Party) to PBB (Parti Pesaka Bumiputera Bersatu), we are all in one. When required, we will help the federal government,” said Abang Johari.

He said Sarawak is the only state in Malaysia that has set up the Unit for Other Religions (Unifor) to further promote religious harmony and mutual understanding among the communities.

“Our political development is stable because we respect one another and we are able to bring about development in a fair and square manner towards achieving a developed state by 2030,” he added.