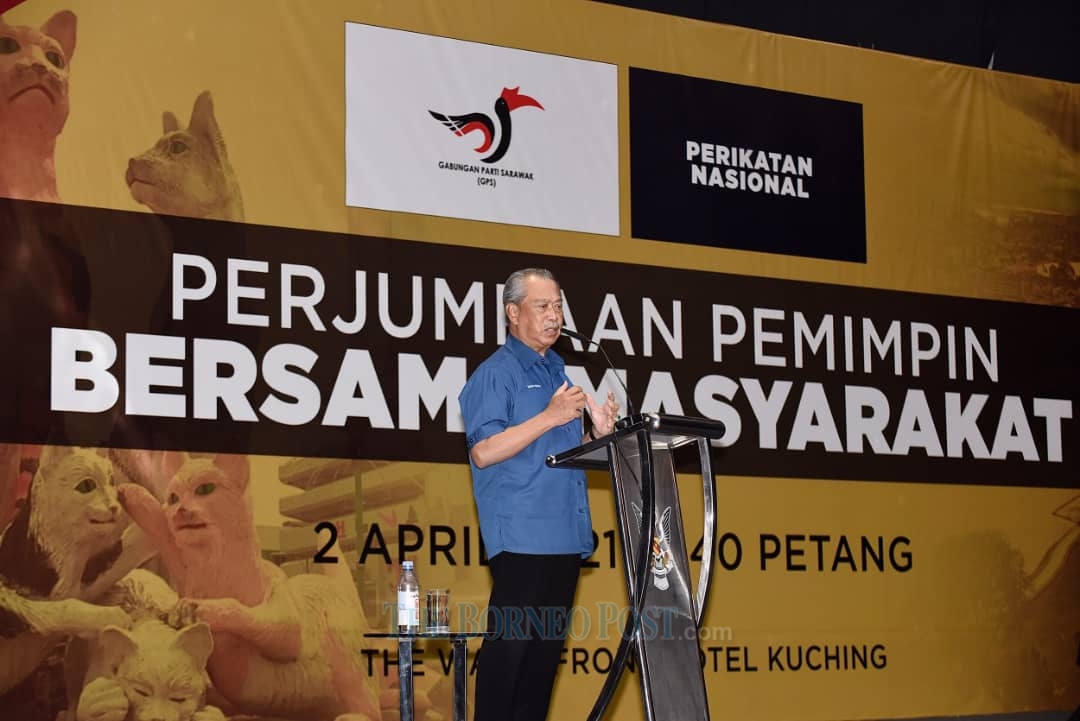 KUCHING (April 2): Tan Sri Muhyiddin Yassin believes that Gabungan Parti Sarawak (GPS) under the leadership of Chief Minister Datuk Amar Abang Johari Tun Openg will come back stronger as the government after the next state election.

The Prime Minister said today that he had no doubt that GPS could continue to rule Sarawak given that GPS’ machinery and its understanding of the sentiments on the ground.

“GPS will come back stronger as a government under the leadership of Abang Johari, that I have no doubt. You have your own think tank, you know the feelings on the ground.

“I want to see that when the time comes, people will appreciate the government’s efforts and we will continue to rule including GPS in Sarawak,” he said during a luncheon with GPS laeders at Waterfront Hotel here.

Muhyiddin said the government, both federal and state, had rolled out various development plans to ensure that Malaysia and Sarawak would register further achievements by 2030.

He said elections could be called after the Emergency is lifted in August this year, adding that the declaration of Emergency was vital to curb the spread of Covid-19.

He said over 1,000 people had died from Covid-19 even after he decided to lock down the country last year to break the chain of infection.

“Every leader does what has to be done for the good of the country. Over 1,000 people died as a result of the pandemic, this is the price we paid, and it’s something that I’m not proud of during my leadership.

“We have spent billions of ringgit to save lives during the pandemic and due to the economic crisis, B40 (bottom 40 percentile) has ended up B50 and T20 (top 20 percentile) became M50, but we continue to engage efforts to save our economy,” he said.

Muhyiddin pointed out there were poor families who were struggling to make ends meet due to the pandemic.

“We have to help them. This is the reality we are facing. This is humanity and the livelihood of our people. This is no time for fighting for positions and wrestling for power.”

He thus called on leaders and politicians to focus on helping the people.

Muhyiddin also extended his appreciation to GPS for its support and assistance during the country’s leadership crisis early last year.

He said contributions to political stability of the country mattered the most, adding that what he had done was for the country and not for himself or his political party, Parti Pribumi Bersatu Malaysia.

Muhyiddin said he and Abang Johari shared the same vision to move Sarawak forward, becoming a developed region in Malaysia.