Wednesday, April 14
You are at:Home»News»Nation»PM Muhyiddin arrives for official visit to Brunei 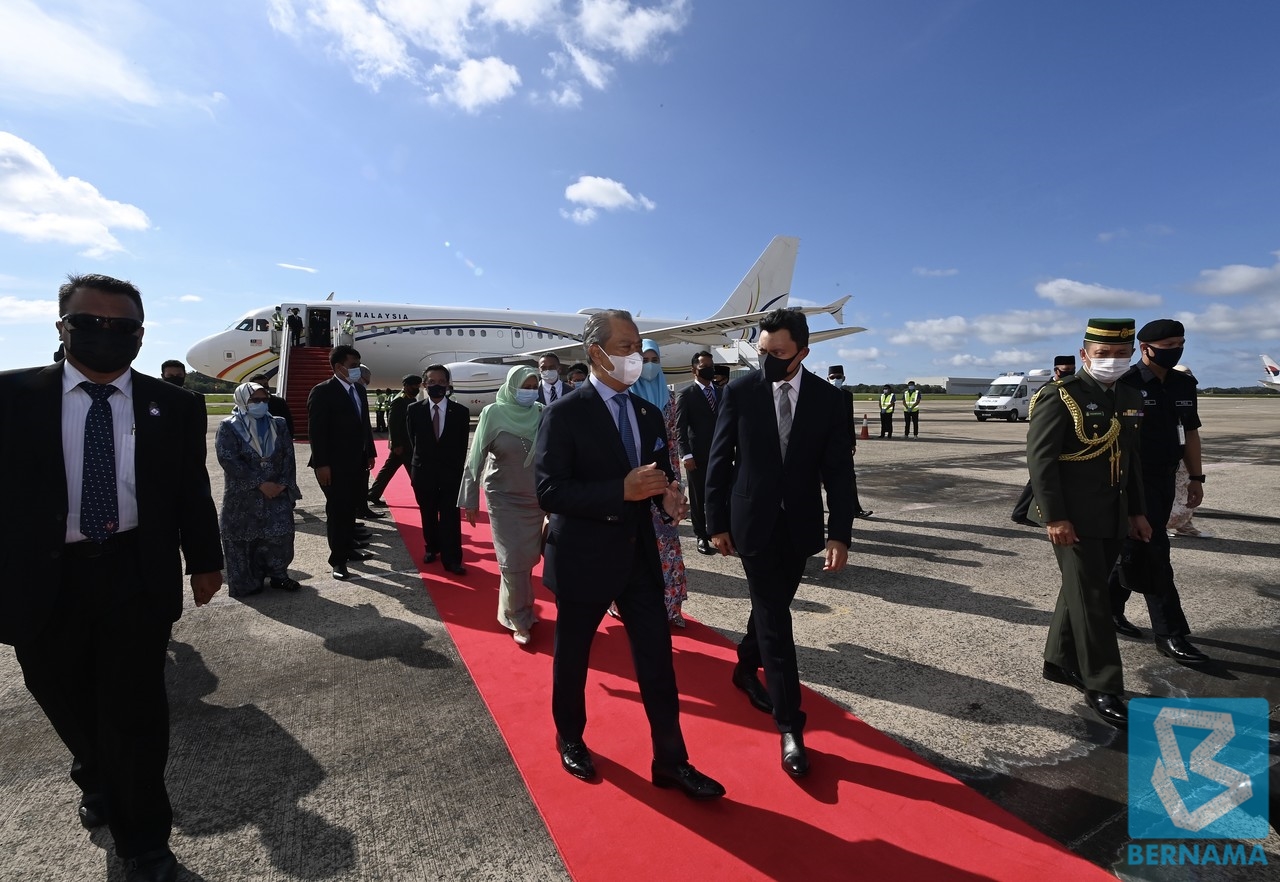 Muhyiddin is greeted upon arrival at the Brunei International Airport by Al-Muhtadee Billah. – Bernama photo

He was greeted by Crown Prince and Senior Minister at the Prime Minister’s Office Prince Haji Al-Muhtadee Billah upon arrival at the Brunei International Airport here at 4 pm (same time as Malaysia).

The prime minister was accorded an official welcoming ceremony at the international airport.

Muhyiddin then inspected a guard-of-honour mounted by the Royal Brunei Armed Forces.

The official visit is held at the invitation of Sultan of Brunei Sultan Haji Hassanal Bolkiah.

The prime minister will have a meeting with His Majesty at Istana Nurul Iman here tomorrow morning before they proceed with the annual leaders’ consultation at the same palace.

The annual meeting provides an opportunity for both leaders to discuss post-Covid-19 cooperation.

This, among others, will include discussions on the establishment of the Reciprocal Green Lane (RGL) arrangement, initiating cooperation in vaccine diplomacy between both countries and closer economic cooperation.

Hishammuddin said the meeting between the two ASEAN leaders, with Brunei the current chair of the regional grouping, was very important in view of current developments in Myanmar.

“Surely Myanmar will be discussed by both leaders when deliberating on regional issues. It will be top of the agenda.

“The international community will follow closely the outcome of the meeting,” Hishammuddin told Malaysian journalists here shortly before the arrival of the prime minister.

A coup took place in Myanmar two months ago when the military wrested power from democratically elected leaders.

During the annual consultation, both leaders will also be witnessing the signing of a Memorandum of Understanding (MoU) on Natural Disaster Management as well the Unitisation Agreement between Petronas and Brunei’s National Unitisation Secretariat (BNUS) in the oil and gas sector.

The official visit with a small delegation in less than 24 hours is subjected to strict Covid-19 preventive standard operating procedures. – Bernama