Wednesday, May 19
You are at:Home»News»Sabah»Rhinos miss back-to-back win 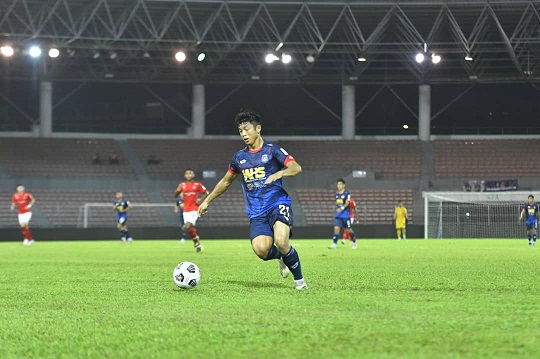 Maxsius Musa’s initial long range effort comes back off the crossbar and Sam Johnston’s follow-up shot finds the back of the net but ruled out for offside.

KOTA KINABALU: Sabah FC missed the chance to register a back-to-back Super League win as Kuala Lumpur City FC fought to save a point at the Kuala Lumpur Football Stadium in Cheras on Saturday.

The Rhinos, buoyed by their 2-1 win over Terengganu FC in previous game as well as week-long centralised training in the country’s capital, showed a much improved performance but had to settle for a 0-0 outcome.

Coach Kurniawan Dwi Yulianto’s side created enough chances to claim all three points but they were denied by the frame of the goal twice in the match.

Maxsius Musa must have thought he had put the team in front with a ferocious long range effort in the 46th minute but the ball came back off the crossbar with goalkeeper Kevin Ray Mendoza Hansen well beaten.

The ball fell nicely for Sam Johnstone to slot into the unguarded net but the Rhinos’ Liberian striker effort was ruled out for offside. 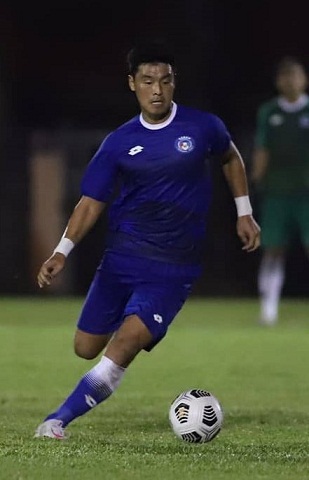 Sabah FC’s South Korean import Park Tae Su who is deployed as a defensive midfielder has an impressive game against KL City FC. He also rattles the crossbar with a long range shot.

Sabah FC’s other best chance fell to Park Tae Su, who was impressive all night in a more advance role as defensive midfielder, but the South Korean’s shot from 30m rattled the crossbar.

“Looking at the chances created, the victory should be ours,” said Kurniawan after the game.

“We have three or four great scoring opportunities but went beggings. However, we will take the one point gained from an away fixture.

“The scoreless draw at least help the team to climb to a better position in the league,” added the Indonesian trainer.

Elaborating further on Sabah FC’s performance on the night, Kurniawan said the week-long centralised training in Kuala Lumpur, which also saw them played two practice matches prior to the game have worked wonders for the squad.

Kurniawan revealed the Rhinos went into Saturday’s game after making some adjustments to the starting line-up due to injuries to Mohd Azzizan Nordin, Sabri Sahar and Mohd Syukri Baharun.

“They were supposed to start against KL City FC but they suffered injuries during the friendly matches.

“We had to revert to Plan B for the match and overall, I have only praises for the players.

“They worked really hard on the field and despite missing the three regulars, we were able to claim a point from an away fixture to move up the table,” he said.

After six round of matches, Sabah moved up to eight in the 12-team table on five points from one win, two draws and three losses.

Meanwhile, Kurniawan said the much better showing from the players should be a huge boost to the team when they play in their toughest game of the new campaign on Tuesday.

The Rhinos will be up against the current leaders and defending league champions Johor Darul Ta’zim at the Likas Stadium on April 6.

“I’m confident the players’ confidence will be even greater when they play at the Likas Stadium.

“We are well aware of the strength of a team like JDT…the team is full of elite players but nothing is impossible in football.

“I have confident we will get the desired result on Tuesday…we will give our best,” he said.

Kurniawan also revealed with limited number of fans expected to be allowed into the stadium would give Sabah FC the extra edge against their much favoured opponents.

The KL City FC versus Sabah FC match on Saturday, which was delayed for half an hour due to floodlight failure, was among a couple of fixtures used as a testing ground by the authorities to assess the effectiveness of “fans management”.