Friday, May 7
You are at:Home»News»Sabah»STB to work with Tourism Malaysia to promote Sabah 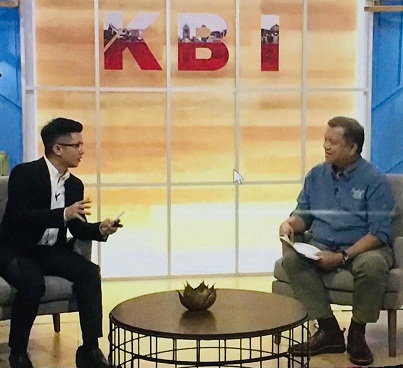 KOTA KINABALU: Sabah Tourism Board (STB) is working with its strategic partner Tourism Malaysia to carry out joint promotional plans for domestic and international markets to revitalize the tourism industry.

Such effort, he said, would be implemented when interstate travel restrictions are lifted.

“As for international market, STB maintains good relations with Tourism Malaysia offices in targeted market with several initiatives to be carried out even though the international border is still closed,” said Bangkuai, who is also STB chairman.

“Collaboration with Tourism Malaysia Hong Kong for the organization of A Taste of Malaysia Staycation at Hotel Jen, Hong Kong is scheduled for next month.

“Various Malaysian dishes will be introduced during the promotion to attract visitors to find out more about interesting destinations in Malaysia, including Sabah,” he said.

In June, a virtual business-to-consumer event is scheduled to be held with Tourism Malaysia Singapore, where five industry players will be invited to showcase their products at the session.

STB is also collaborating with Tourism Malaysia Singapore and Have Halal Will Travel media through publication of online articles.

“Apart from these initiatives, STB is in discussion with Tourism Malaysia from time to time to continue the efforts to promote tourism industry effectively, especially when the international borders remain closed.

“Although tourism promotion in Sabah is currently focused on targeting locals, we are still carrying out overseas promotion for the purpose of creating destination awareness.

“Ongoing campaigns this year also include the SABAHDeeKhrap campaign specifically for the Thai market and for the Korean market we have started promoting Sabah destinations on Naver, Kakao and Intagram social sites,” noted Bangkuai.

He also expressed optimism that the tourism industry would recover with vaccination programme being carried out across the globe.

“In the current situation, the government allows domestic travel by zone as a step towards the recovery of tourism sector. Hotels and tourist spots are back in operation and the response from our locals is also very encouraging.

“Indeed, domestic travel is the best way to revive the state tourism industry. It is hoped that the relaxation for inter-district travel according to zones to some extent will help industry players to start operating their again.

“While remaining vigilant, the society also needs to play a role in activating the tourism sector and mobilizing our economy. The development of this industry can be reactivated with cooperation between government, tourism industry players, and the community,” he added.

Previous ArticleCovid-19: Sarawak’s homeless to be included in vaccination programme
Next Article After weekend rise, daily Covid-19 cases dip down to 1,070; Selangor back in top spot