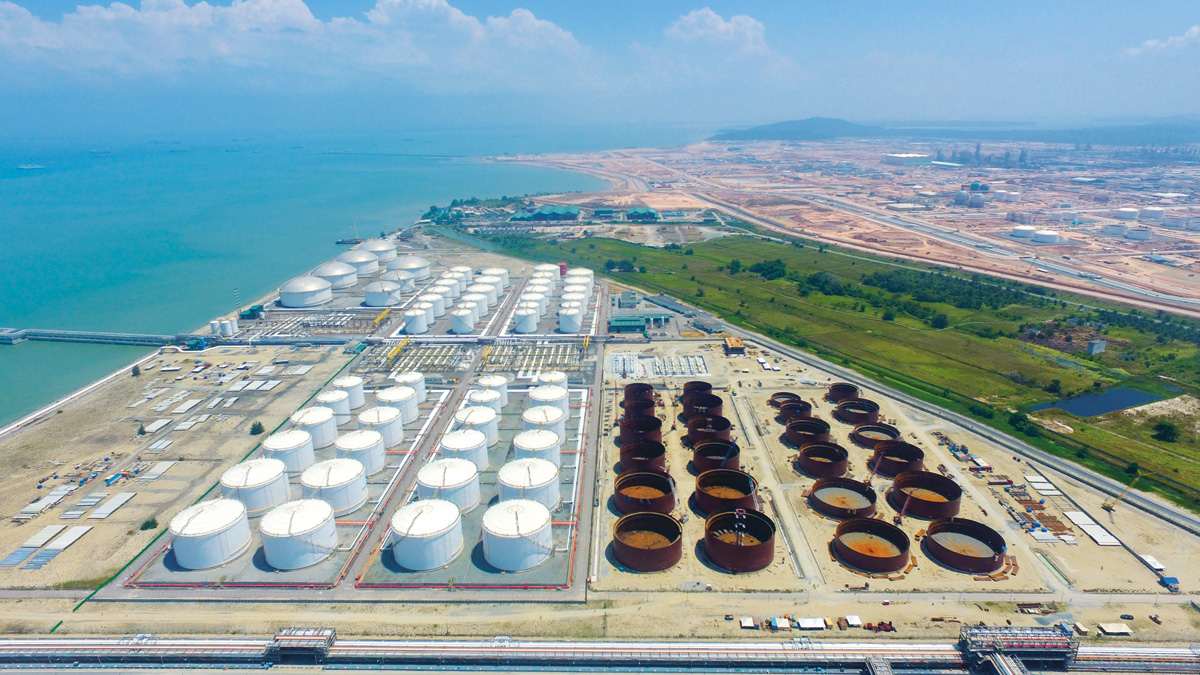 Dialog’s strong execution capability was demonstrated by Phase 3A being completed ahead of schedule from an earlier mid-2021 target and also within budget despite the various degrees of the MCO since March last year.

Executive chairman Tan Sri Dr Ngau Boon Keat said the group and its partners have invested more than RM13.5 billion so far in the development of Phase 1, 2 and 3 of the total 485.62 hectares (ha) PDT.

“About 202.34 ha is reserved for Phase 3 and future phases, while Phase 1 has been a catalyst for the Petronas Refinery and Petrochemical Integrated Development project, which brought in investments worth more than RM100 billion,” he said in his speech at the Terminals Pengerang 5 Phase 3A virtual opening ceremony.

According to Ngau, Dialog had completed the construction of Terminals Pengerang 5 according to schedule, with the first vessel berthing on March 19.

He said the terminal would be operated by its indirect unit, Pengerang Terminals (Five) Sdn Bhd, which had earlier entered into a long-term storage agreement to provide storage and handling services to BP Singapore Pte Ltd.

“To BP, we remain committed to continuing our long-standing business partnership on various collaborations and business dealings.

“Together with our partners, we are confident that Pengerang can be transformed into the ‘Rotterdam of the East’, and continue to spur long-term economic activity and create high-value jobs for Malaysians,” he said.

AmInvestment Bank Bhd (AmInvestment Bank) believed Dialog’s strong execution capability was demonstrated by Phase 3A being completed ahead of schedule from an earlier mid-2021 target and also within budget despite the various degrees of the MCO since March last year.

“Besides the storage offtake from BP, Dialog is also targeting medium to long-term oil traders, multinational oil companies, refineries and petrochemical plants for the next phases,” it noted.

“These support various downstream operations including those of the refinery and petrochemical plants within the Pengerang Integrated Petroleum Complex.”

Since the first MoU with the Johor state government in June 2009, Dialog and its joint-venture partners have invested over RM13.5 billion in Phases 1, 2 and 3 to date.

Anchored by the strategically located Johor hub near the congested east-west shipping routes in Singapore, the group is still looking at petrochemical joint venture partners.

“Hence, we expect an ample pipeline of fresh projects and investments given that the group still has 500 acres remaining for developments beyond Phase 3A,” AmInvestment Bank said.

“Our forecasts are maintained as we have incorporated Phase 3A’s earnings contribution, which largely drives FY22 16 per cent net profit growth.”