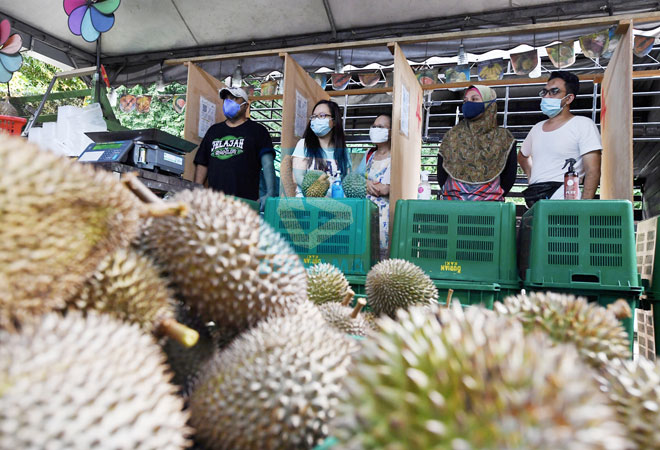 KOTA KINABALU (Apr 6):  The Sabah Ministry of Agriculture and Fisheries through the State Agriculture Department (JPS) is allocating 35,000 subsidised saplings of high-quality Musang King durian to be distributed to farmers across the state.

Its Assistant Minister, Datuk James Ratib said the JPS had so far distributed over 20,000 of the durian saplings and the rest would be given out later on when there is sufficient supply.

“Each eligible farmer will receive 50 to 200 saplings, depending on the size of the farm land,” he told reporters after visiting the Musang King Durian Cultivation Project of Zamri Agro Farm in Kinarut, near here, today.

“Hence, I am asking the Sabah government to provide a bigger allocation for the distribution of the durian saplings to eligible farmers,” he added.

James also urged JPS to send more of its staff for courses or to learn more about agriculture, especially growing Musang King durian.

“After gaining much knowledge on it, they can go down to the field and assist farmers who have now ventured into growing the durian,” he said.

James said his ministry also required an adviser with vast knowledge of growing Musang King durian so that Sabah could become a hub for growing the fruit and exporting it, as Sabah has large areas of land for its cultivation. – Bernama