Tuesday, May 11
You are at:Home»News»Uggah: BDDMC instructed to fine-tune directive for entry to Bintulu 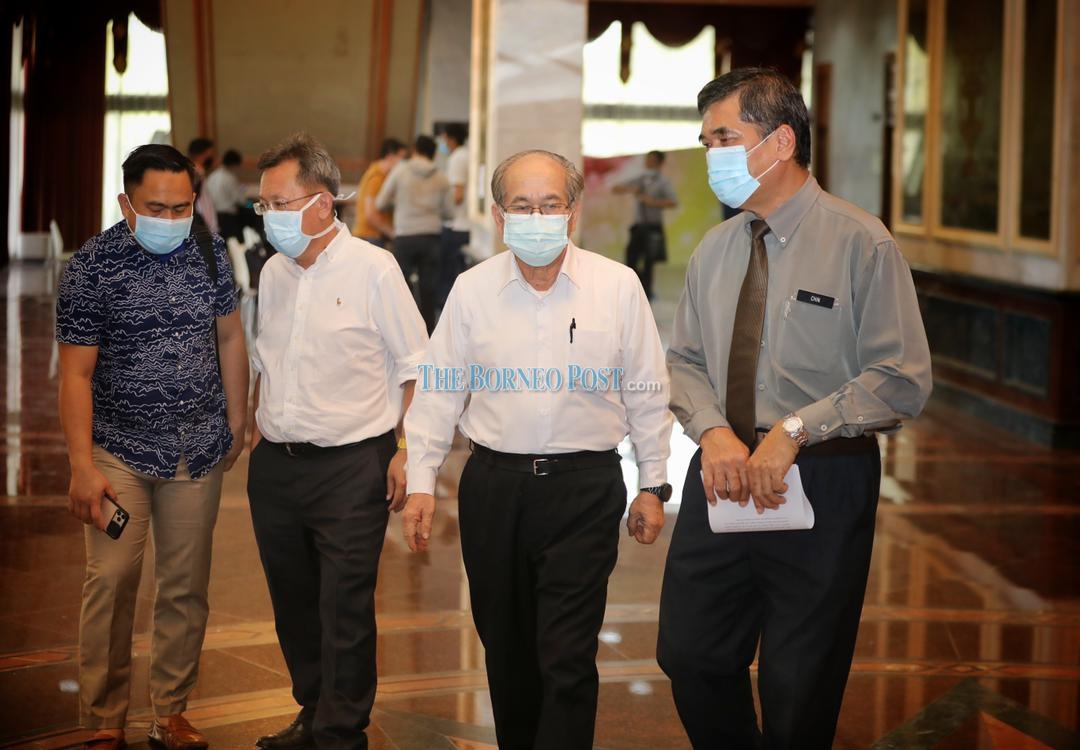 Uggah (second right) having a chat with Dr Chin (right) after the state’s Covid-19 press conference at the old DUN Building. Also seen are Dr Sim (second left) and SDMC head of secretariat Major Ismail Mahidin. – Photo by Chimon Upon

He said SDMC realised there was an issue concerning this directive recently issued by BDDMC whereby those who wanted to enter Bintulu from April 5 to 18 would have to be screened for Covid-19 three days prior to their arrival.

“We hope they are working this matter out because I understand that some cargo trucks have been asked to turn back (due to this directive).

He was responding to a question on whether those who are driving to Miri would be required to get a Covid-19 swab test to be produced to the police at the road block along the Pan Borneo Highway even though they are only passing through Bintulu.

Uggah, who is also Deputy Chief Minister, acknowledged that the entry of people from outside Bintulu have become a concern for residents in the division.

“Bintulu is an industrial area so a lot of people from outside Bintulu head there for work.

“They (BDDMC) noticed that those who come for work, sometimes they will enter Bintulu to wait or they will return to their longhouse where it is later discovered that there is a positive case.

“That is why they require those who want to enter Bintulu to have a swab test three days prior to arrival,” he explained.

Nevertheless, he gave his assurance that this directive was a circuit breaker and would only be temporary.

“They (BDDMC) are fixing it (directive) for 14 days. So we appeal with everyone to please bear with them.

“They are trying their very best to ensure that Covid-19 positive cases will not be overwhelming Bintulu Hospital as well as facilities in Bintulu,” he said.