Sunday, May 16
You are at:Home»World»US promises ‘much more’ vaccine aid, puts envoy in charge 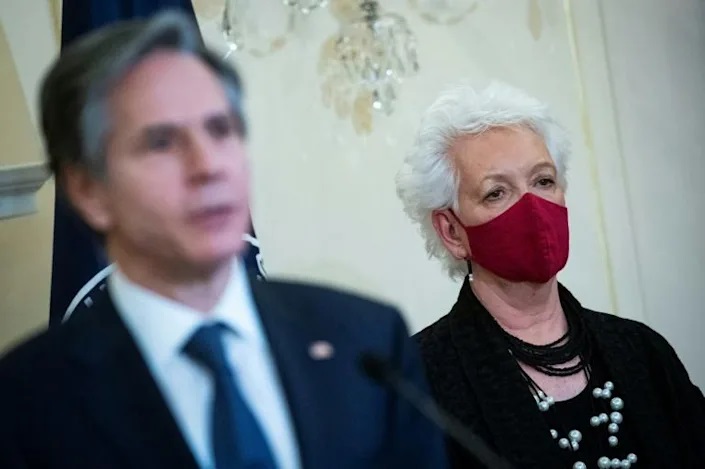 The United States will soon be able to ramp up vaccine assistance abroad and will not seek “favors in return,” Secretary of State Antony Blinken said Monday, putting a veteran aid administrator in charge.

Blinken said the top US priority was to fight Covid-19 at home but that the goal would be achieved soon, pointing to President Joe Biden’s promise that 90 percent of Americans will be near a vaccination site by April 19.

“We are exploring options to share more with other countries going forward. We believe that we’ll be in a position to do much more on this front,” Blinken said.

“By helping bring to a close one of the deadliest pandemics in human history, we can show the world once again what American leadership and American ingenuity can do.”

Acknowledging “growing desperation” in parts of the world, Blinken said: “I promise we’re moving as fast as possible.”

Blinken named Gayle Smith, who headed the US Agency for International Development under former president Barack Obama, to a new position of US coordinator for global Covid response and health security.

Smith most recently headed ONE, a campaign backed by pop star Bono to fight extreme poverty.

In a veiled criticism of China and Russia, which have assertively promoted their vaccines, Blinken said the Biden administration would follow “core values” on Covid relief and seek not to worsen inequities.

“We won’t trade shots in arms for political favors. This is about saving lives,” Blinken said.

“We’ll treat our partner countries with respect. We won’t overpromise and under-deliver,” he said, vowing only to distribute vaccines “proven to be safe and effective.”

The United States last month announced a joint initiative with India, Japan and Australia to produce more than one billion more Covid doses by the end of next year, with a focus on administering them in Southeast Asia. – AFP