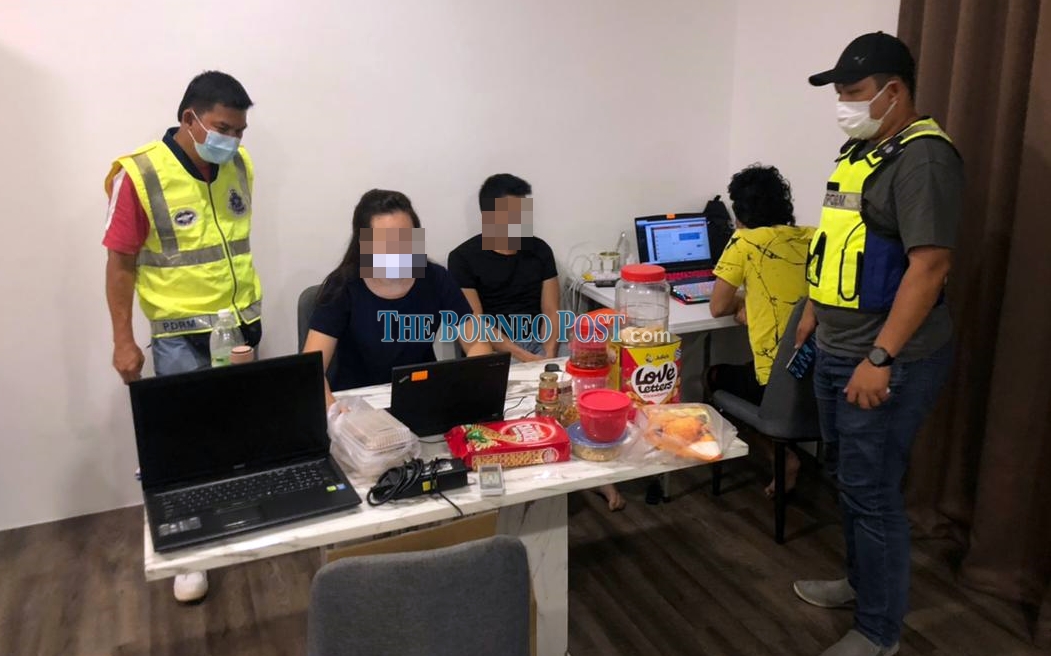 Police personnel questioning and checking the suspects’ laptops during the raid.

KUCHING (April 7): Police have arrested five suspects for their alleged involvement in operating an online gambling call centre at a rented apartment in Jalan Stapok Utama around 9pm last night.

Padawan district deputy chief DSP Lim Jaw Shyong said two of the male suspects are locals while the other three suspects, comprising of two males and one female are Indonesians.

“It is believed that this syndicate has been operating from that apartment for the last few months,” said Lim in a statement today.

“It is believed that this syndicate raked in about RM4,000 a day or RM120,000 a month from the local market or customers,” he added.

He also said all of the suspects had resided and worked in the apartment for a salary of RM2,000 a month.