Saturday, April 17
You are at:Home»News»Sabah»MA63 financial demands moving according to plan – Ongkili 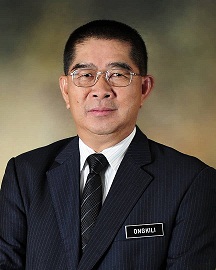 In giving his assurance, Minister in the Prime Minister’s Department Datuk Seri Dr Maximus Ongkili said both the Sabah and Sarawak State Governments have agreed to the formation of the Joint Consultative Review Committee.

It will focus on reviewing the special grants, including the 40 per cent reimbursable provision for Sabah, as stipulated under Article 112 (D) of the Federal Constitution.

“I had several meetings with the Minister of Finance Senator Tengku Datuk Seri Zafrul Tengku Abdul Aziz on the matter and we have agreed on terms of references(TOR), including the list of members,” he said.

The Finance Ministry will be headed by Tengku Zafrul, which would also include several top officials from his office.

According to Ongkili, the committee will be tasked to review the legal provisions with regards to financial matters stipulated under the Federal Constitution and the Malaysia Agreement 1963 (MA63); as well as to scrutinise the calculations and payments of the annual grant, and other grants, as enshrined under the MA63, including the previous payouts.

“The committee is also entrusted to come up with resolutions to the annual grant payment demanded by both Sabah and Sarawak, as set under the Special Council on the Malaysia Agreement 1963,” he explained.

Apart from that, the committee is also tasked to establish a balanced, fair and justified formula of the payment that would be in line with the country’s financial resources and status.

The committee is expected to meet immediately after the MKMA63 meeting on April 13, which will be chaired by Prime Minister Tan Sri Muhyiddin Yassin.

Ongkili will be chairing the Joint Consultative Review Committee meeting on behalf of the MKMA63, and submit resolutions for decision to the Council.