Wednesday, April 14
You are at:Home»News»Sabah»Only 20% of Sabahans have submitted census form 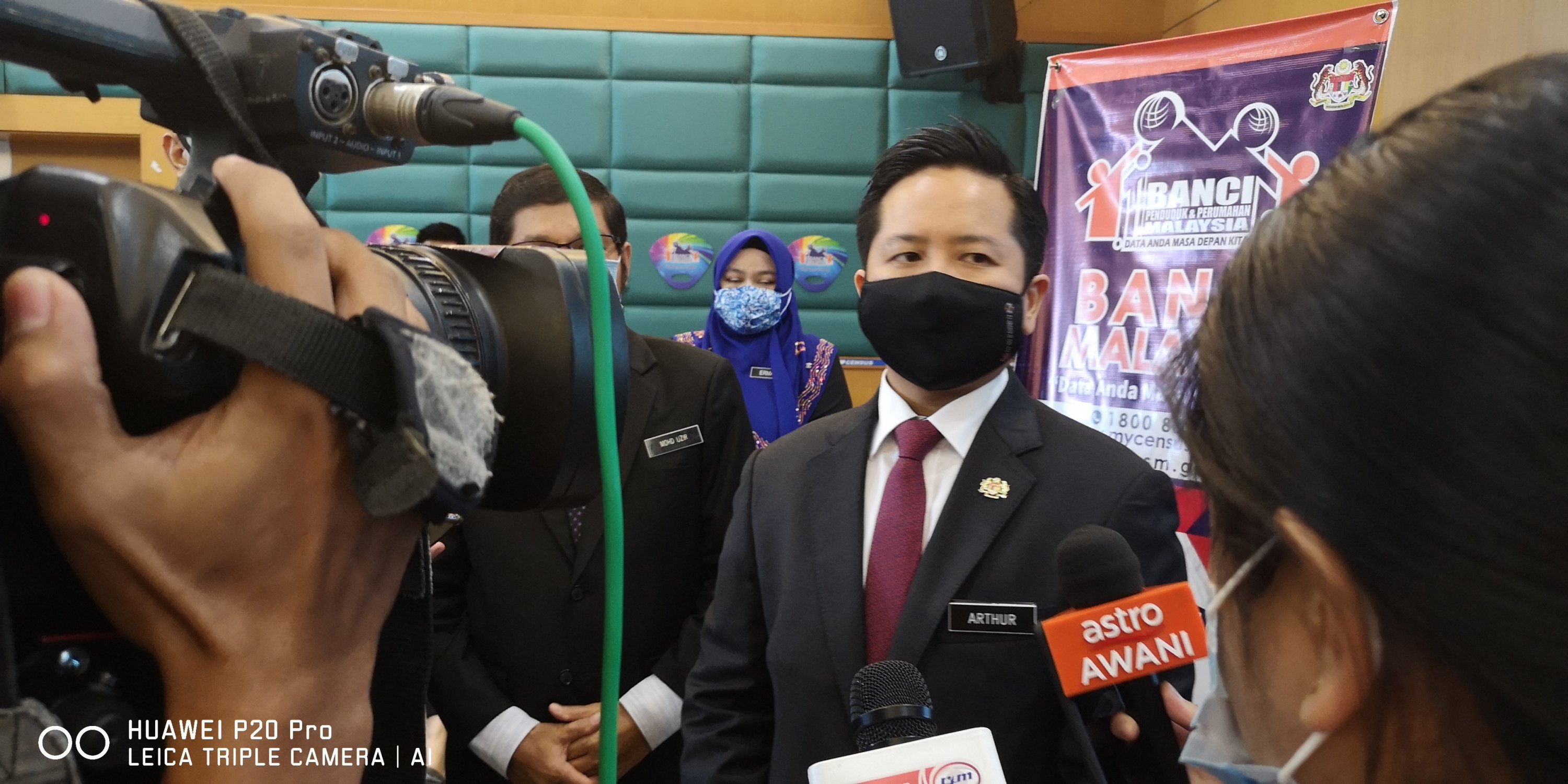 Arthur speaking to members of the media after the census programme at Wisma Sedia on Wednesday.

Deputy Minister at the Prime Minister’s Department (Economy), Datuk Arthur Joseph Kurup said that this was due to the Covid-19 pandemic as well as the lack in infrastructure facilities and telecommunication network such as internet coverage.

“This has resulted in poor internet response from among the people,” he said.

Speaking at a briefing for census takers from Borneo held at Wisma Sedia near here on Wednesday, the highest responses are received from Putrajaya with 99.4 percent, Johor with 61.8 percent, Perak with 58.5 percent and Kelantan with 55 percent.

He also said that as of April 4, a total of 14 million of the population or 42.8 percent from the estimated population of 32.7 million had filed their census form.

“The objective is to collect the most comprehensive population and housing profile. The data from the census will be the main resource in the preparation of national development,” he said.

Arthur also said that due to the poor internet coverage in Sabah, a total of 382 communication towers are being planned for set up, while 924 communication broadcaster devices at available towers will be upgraded under the ‘Pemberian Perkhidmatan Sejagat (PPS)’ programme.

Meanwhile, for Sarawak, a total of 636 telecommunication towers are being planned and 977 broadcasting devices will be upgraded under the same programme.

At the same time, Arthur also shared that because of the census, an additional of 163 ethnics in Sabah have been included.

These include the Samar Layun, Tagalong and Bisaya as compared to only 17 ethnics during the 2010 census.

In Sarawak, 67 ethnics are added, among them the Bah Mali, Bakong and Berawan as compared to only 27 ethnicities in the 2010 census.

“This shows the commitment of the government to ensure no minority group are left out of the national economic development,” he said.

Meanwhile, when met with members of the media later, reporters were informed that efforts are being made to allow census takers to be among the next group to be vaccinated with the Covid-19 vaccine.