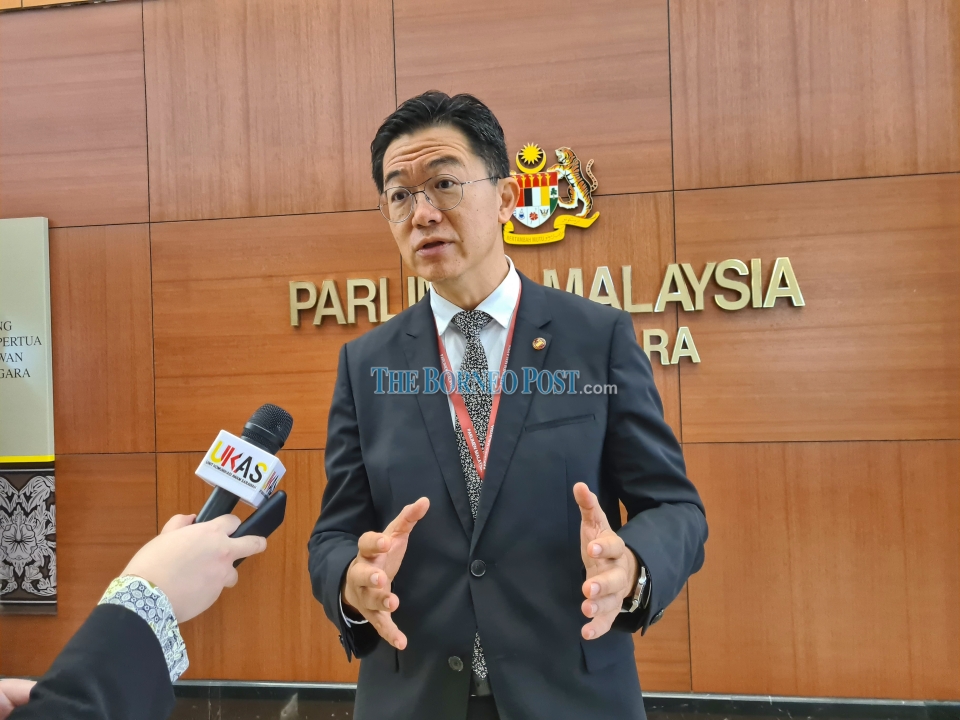 SIBU: Senator Robert Lau has thrown shade on Selangau MP Baru Bian for calling on Sarawak and Sabah to now push for an increase in oil royalty due to his position in the previous Pakatan Harapan (PH) government.

“This coming from a leader of PH who promised 20 per cent oil royalty if they formed the government. The question to ask Baru is what happened to that promise and why the lie?,” Lau said in a statement.

He also asked Baru if he, as a member of the then federal cabinet, had objected to Petronas suing the Sarawak government on June 4, 2018, some three weeks after the new PH government took over.

In addition, Lau criticised Baru for now being a presidential council member of Parti Sarawak Bersatu (PSB) which had questioned the state’s move to impose the state sales tax (SST) on oil products.

“Wasn’t it PSB that questioned Sarawak government’s ability to charge and collect SST on oil and gas produced from Sarawak? Sarawak government managed to collect more than RM3 billion for 2019 and will continue to do so yearly. Why not give credit where it is due?,” Lau asked.

Baru, in a statement yesterday, said it was now the best time for Sarawak and Sabah to claim all their rights under the Malaysia Agreement 1963, including an increase in oil royalty not necessarily limited to 20 per cent since Gabungan Parti Sarawak (GPS) had supported Tan Sri Muhyiddin Yassin as a prime minister.

He also questioned the significance of Muhyiddin declaring Sarawak a region or ‘wilayah’ during his visit to Kuching last week.

Lau said yesterday that what was more important than calling Sarawak a state or a territory was the request for real political power being returned to Sarawak and Sabah, which is the ‘1/3rd seats in parliament allocated to these two Borneo States’.

On the issue of the amendment on Article 1(2) of the Federal Constitution, Lau said GPS MPs had requested two things.

“The first is to add the phrase ‘in pursuant to MA63’ into the Constitution rather than in the explanatory notes and the second is to amend the definition of ‘federation’ in Article 160(2) which continue to define it as the Federation of Malaya Agreement 1957.”

He said SUPP was not satisfied yet on the implementation of MA63.

“More still has to be done. It will need all Sarawak MPs to work as a team,” said Lau.