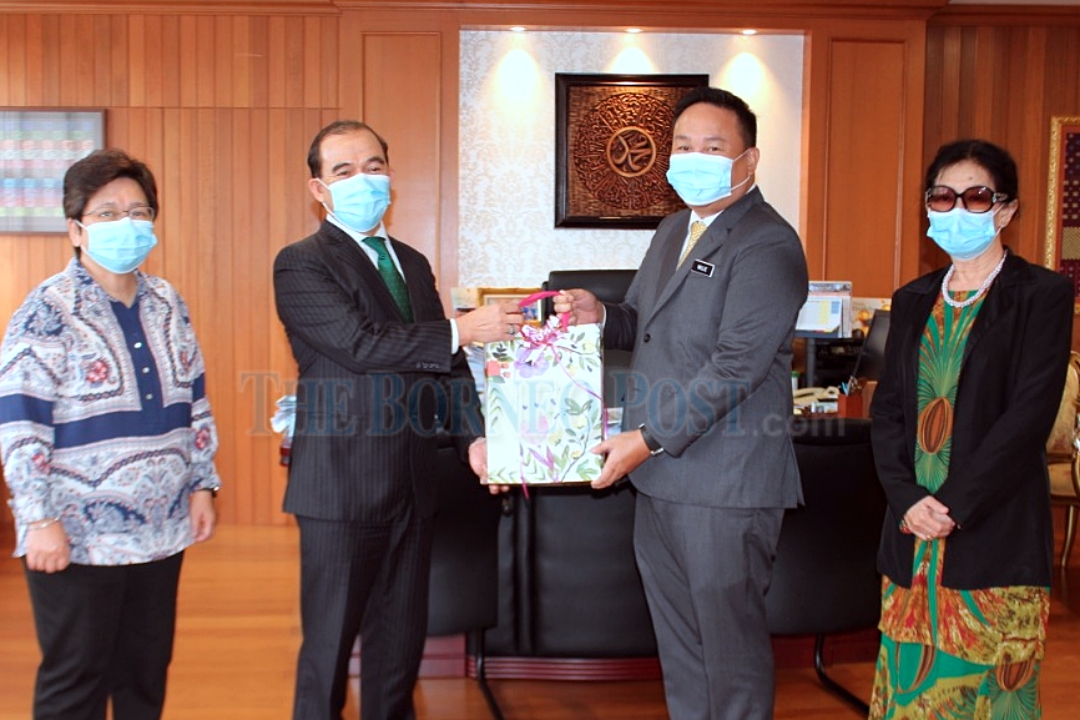 KUCHING (April 7): The government has allocated RM500 million under the 12th Malaysia Plan for the the Forest Plantation Development Programme for the development of medium to large-scale commercial forest plantation until 2025, said Deputy Minister of Plantation Industries and Commodities Datuk Willie Mongin.

He last year said the programme was only allocated RM50 million, and he will work towards forming a stronger cooperation with the Sarawak Timber Industry Development Corporation (STIDC) to develop forest plantation in the state.

“I hope STIDC would greatly promote this programme to the state industry players and loans under the programme would lessen the financial burden of the players carrying out forest plantation in the state,” he said during a press conference at Wisma Sumber Alam, Petra Jaya here today.

Aside from the programme, Willie said there was also a Community Farming Programme approved under the 12th Malaysia Plan that targeted mainly the bottom 40-per-cent income (B40) group to carry out forest plantation not exceeding four hectares.

He said the government will providing an incentive worth RM1,500 per hectare, including the provision of seedlings and fertilisers.

“However, I have discussed with STIDC that we have to clarify with the state forestry department to check whether the existing ordinances in the state allow such community farming forest plantation programme,” he said.

Willie also said that an anchor company or agency should be appointed to coordinate all the forest plantation activities in the state and to draw up a supporting ecosystem, where there would be a ready market to purchase the timber products available in the state.

He said he was impressed with the Sarawak Designers Programme, an avenue to nurture local talents to design furniture products that would meet the expectation of the international buyers.

Furthermore, he pointed out the state government aspired to export RM6-billion worth of furniture products by the year 2030 from the meagre RM47 million in export value last year, creating a ripple effect such as maybe establishing a furniture city and more job opportunities.

“As a whole, the state government aims to export RM8 billion worth of timber products by 2030, with RM6 billion from the furniture industry and the remaining from other wood products,” said Hashim.

Dayang Nena meanwhile said there had been encouraging demands for the state furniture products during their participation in international exhibition events in Dubai, India and Australia.

The two other potential markets the state is considering exploring for its furniture products are Europe and Singapore, she added.

“The state timber industry has always been export-oriented since in the 1960s, with the primary and secondary products constituting over 80 per cent of the state export income from the timber industry,” she said.

As of now, she said, the furniture industry in the state was still at the nascent stage and the industry players were mostly dominated by small and medium enterprises (SMEs) manufacturing furniture products for the local markets.

Regardless, she said, with the timber industry transformation plan introduced five years ago, the industry had been shifting to high value-added products and existing mills had been advised to modern their machineries.

Dayang Nena added that the state was considering to restrict the export of sawn timber that is required by the furniture manufacturers and Sarawak is the only state in the country that still produced solid timber, which could be used in producing premium furniture products.