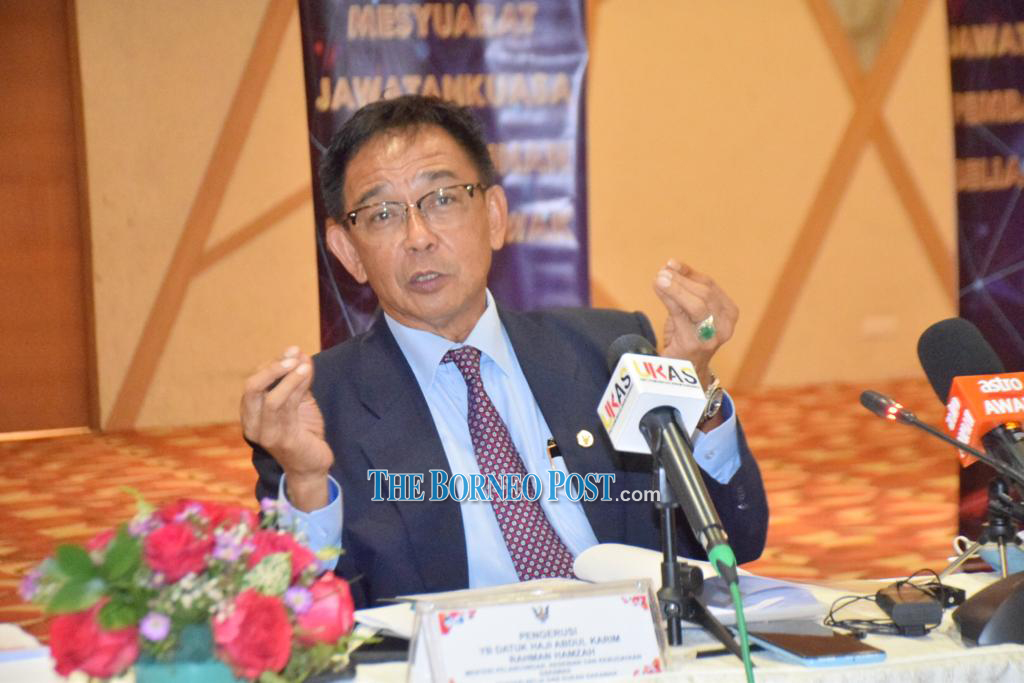 Abdul Karim shares his stance during the press conference. – Photo by Roystein Emmor

KUCHING (April 8): Historical facts clearly show that Sarawak and Sabah cannot be categorised like other Peninsular Malaysian states because the formation of the Federation of Malaya was very different from Malaysia’s formation.

Abdul Karim explained the Federation of Malaya Agreement was signed in 1957 before Sarawak and Sabah formed Malaysia in 1963 with Malaya under the Malaysia Agreement.

“Because of that we cannot be part of the smaller states. How can you put Sarawak and Perlis to be at the same level. When the Malaysia Agreement was signed, there was one signatory each representing Malaya, Sarawak, and Sabah.

“Each represented each region or territory, not every state, where there is only representative representing all the states in Malaya,” he told a press conference today.

Abdul Karim opined if Sarawak and Sabah are seen as regions, they cannot be treated like other states in Peninsular Malaysia anymore.

However, he said what needs to be done is to amend certain articles in the Federal Constitution.

“But the federal government has to make sure amendments are made to some of the articles in the Federal Constitution so that these things can be gazetted.

“You have to amend many articles, especially Articles 160, so that it will not cause confusion on our status,” he explained.

Abdul Karim said many people might be confused with the word ‘wilayah’ because of the terminology.

He pointed out that it is not the same as ‘wilayah persekutuan’ or federal territory.

“The amendment is needed to have a clear interpretation of Sabah and Sarawak as regions and not states,” he said.

Abdul Karim said while ‘wilayah’ can also mean territory, he would prefer to use region, depending on how the term is defined.

“I would call a confederation of three regions or three territories, not a federation,” he added.