Saturday, April 17
You are at:Home»News»Senior citizen arrested in connection with stolen forklift 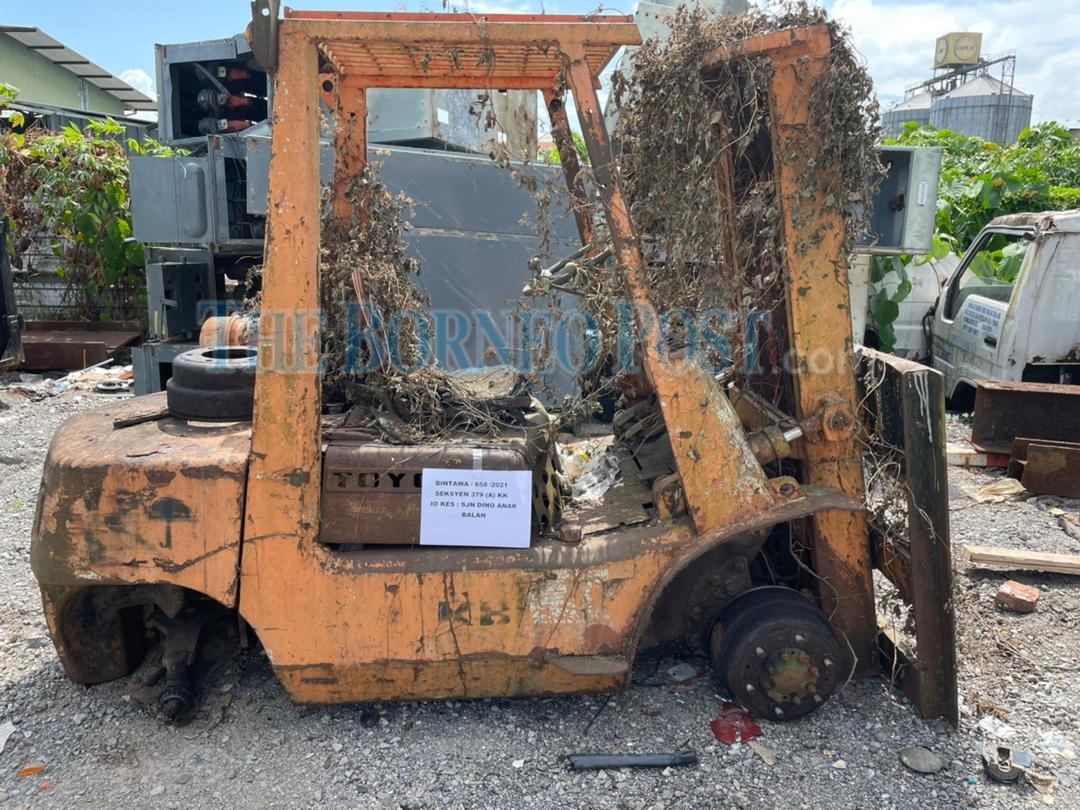 The forklift that was recovered by the police at the scrapyard.

KUCHING (April 8): Police yesterday arrested a male in his 60s for allegedly being the mastermind in the theft of a forklift belonging to an engineering company in Bintawa here.

Kuching district police acting chief Supt Merbin Lisa who confirmed the arrest, said the suspect was picked up by police at his house in Bintawa.

“The forklift was only found to be missing on the morning of April 5 which led to a police report by the company,” said Merbin in a statement today.

He added that police then conducted their investigations and managed to locate the forklift at a scrapyard in Pending around 1.30pm yesterday.

The police managed to track down the suspect to his house based on the information obtained from the scrapyard.

“Prior to his (suspect) arrest, police also found four set of tyres which are believed to be the stolen forklift’s at the house,” said Merbin.

During interrogation, the suspect told police that he paid a crane service to lift the forklift onto a lorry for transportation to the scrapyard.

Meanwhile, Merbin said the police are also on the look out for the suspect’s accomplice.

He also advised the people to keep their properties and belongings safe.

Failing to do so, he said, will invite unwanted incidents to occur such as theft of loss of their belongings.

Previous ArticleDegraded forest reserves in Sabah can be restored through tree-planting
Next Article No reports received on leaked audio recording so far, says Saifuddin