Thursday, June 24
You are at:Home»News»Court»Man claims trial to cheating widow of RM8,000 over construction of husband’s tomb 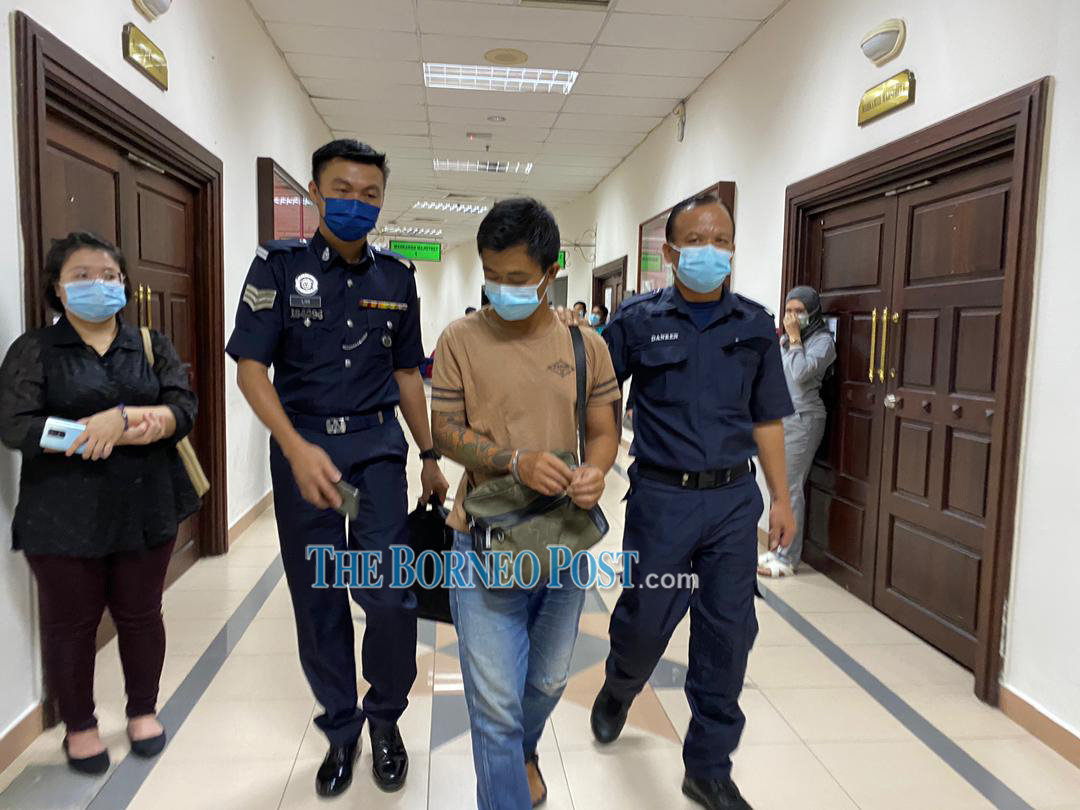 Sim is escorted by police personnel in the courthouse after the proceedings.

KUCHING (April 8): A self-employed man pleaded not guilty in a Magistrates’ Court here today to two charges of cheating under Section 420 of the Penal Code.

Sim Han Chung, 32, allegedly cheated a 60-year-old widow of RM8,000 over the construction of her late husband’s tomb.

Magistrate Syarifah Fatimah Azura Wan Ali released Sim on RM5,000 bail with a deposit of RM2,500 in cash and a local surety, as well as set May 4 for case management.

According to the first charge, Sim allegedly deceived the victim by telling her that a tomb could be constructed for her husband who passed away in 2019.

The accused then dishonestly induced the victim to make a payment of RM4,000 via online banking.

The act was allegedly committed on Dec 31 last year around 2.18pm at Kampung Stampin Iban, off Jalan BDC here.

On Jan 1 this year, the accused asked the victim to pay another RM4,000 supposedly for the construction of the tomb.

The victim lodged a police report after realising Sim had gone missing just before the Chinese New Year celebration this year.

Section 420 of the Penal Code provides for a maximum jail term of 10 years and caning as well as a fine.