Saturday, May 8
You are at:Home»World»Brazilian pilot survives 38 days in Amazon after crash 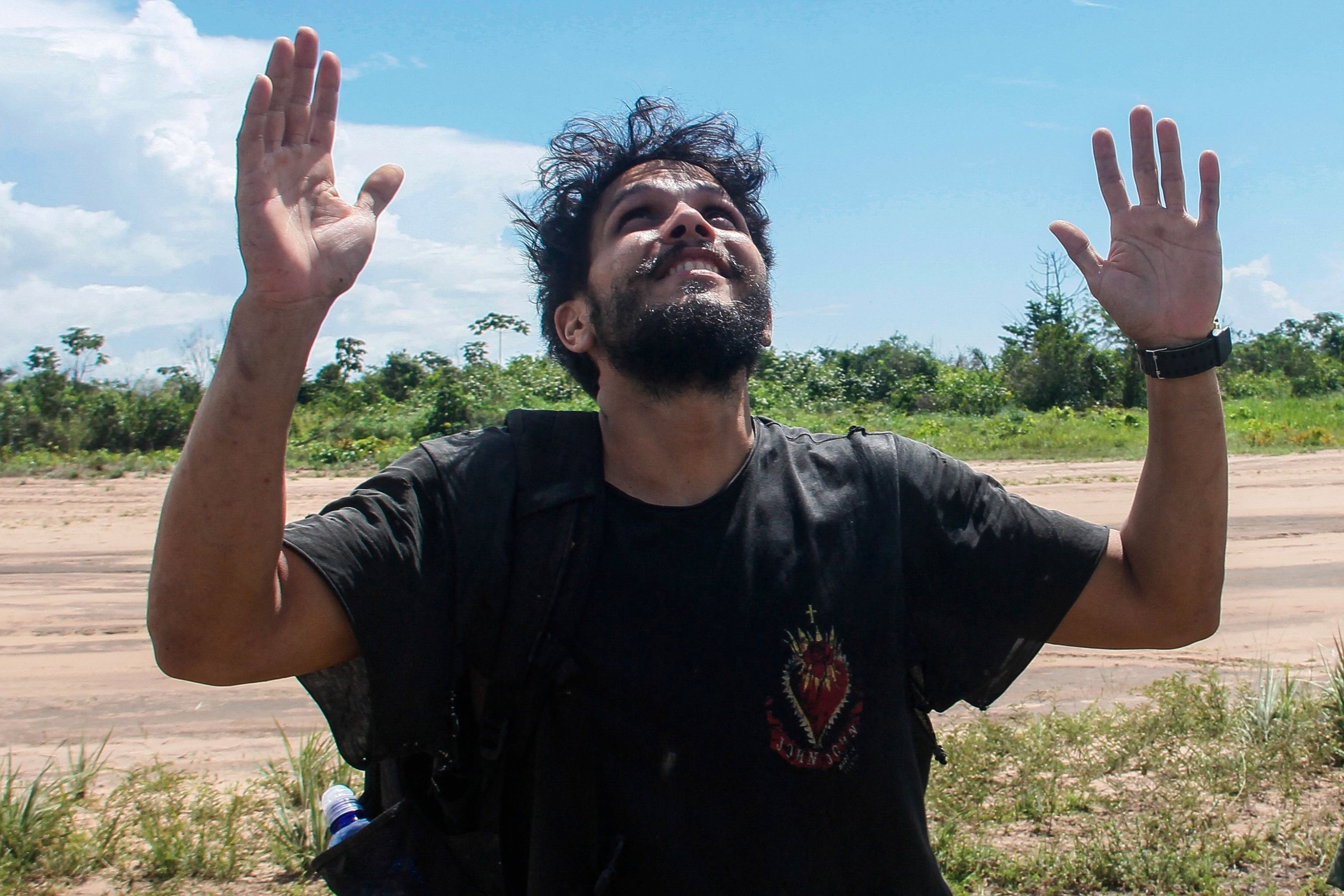 Antonio Sena was flying a single-prop Cessna 210 over the Brazilian Amazon when the engine suddenly stopped, leaving him minutes to find a spot in the jungle to crash-land.

He survived with no injuries, but was stranded in the middle of the world’s largest rainforest — the start of a 38-day trek he says taught him one of the biggest lessons of his life.

Sena, 36, was hired to fly a cargo run from the northern town of Alenquer to an illegal gold mine in the rainforest, known as the “California.”

Flying at an altitude of about 1,000 meters (3,000 feet), he knew when the engine stopped halfway there he would not have much time.

He managed to bring the plane over a valley, and landed as best he could.

Covered in gasoline, he grabbed whatever seemed useful — a backpack, three bottles of water, four soft drinks, a sack of bread, some rope, an emergency kit, a lantern and two lighters — and got out of the plane as fast as possible.

It exploded not long after.

The first five days, he told AFP in an interview at his home in Brasilia, he heard rescue flights overhead, searching for him.

But the vegetation was so dense the rescuers didn’t see him.

After that, he heard no more engines, and assumed they had given him up for dead.

“I was devastated. I thought I would never make it out, that I was going to die,” he said.

He used what battery he had on his cell phone to find where he was with GPS, and decided to walk east, where he had spotted two air strips.

He followed the morning sun to stay on course, and dredged up what he remembered of a survival course he had once taken.

“There was water, but no food. And I was vulnerable — exposed to predators like jaguars, crocodiles and anacondas,” he said.

He ate the same fruits he saw the monkeys eating, and managed to snag three precious blue tinamou bird eggs — the only protein of his entire ordeal.

“I had never seen such untouched, virgin rainforest,” he said.

“I discovered the Amazon isn’t one rainforest, it’s like four or five forests in one.”

The thought of seeing his parents and siblings again kept him going, he said.

Sena was born in Santarem, a small city at the junction of the Amazon and Tapajos rivers.

He calls himself a native “Amazonian” and lover of the rainforest.

But he says the coronavirus pandemic left him with little choice but to take a job working for one of the thousands of illegal gold mines scarring the forest and polluting its rivers with mercury.

A trained pilot with 2,400 hours of flight time, he had opened a restaurant in his hometown several years ago in a change of pace.

But Covid-19 restrictions forced him to close it.

“I had to make money somehow,” said Sena.

“I never wanted to (work for an illegal mine), but that was the option I had if I wanted to put food on the table.”

On the 35th day, he heard the sound of something foreign to the rainforest for the first time since the rescuers gave up looking for him: a chainsaw.

He started walking toward it, and finally came to a camp of Brazil nut collectors.

Startled by his unexpected apparition from the forest, they helped contact his mother to tell her he was alive.

The matriarch of the camp was Maria Jorge dos Santos Tavares, who has been gathering and selling nuts in the forest with her family for five decades.

“She gave me food and clean clothes,” Sena said.

“I have tremendous affection for them.”

He found meaning in the fact he was saved by a family that lives “in harmony” with the forest, after working for people who are destroying it.

“Despite the circumstances that led me to that flight, being found by a family of gatherers who work in harmony with nature, who don’t damage the forest — that was magical,” he said.

“One thing’s for sure: I’ll never fly for illegal miners again.” — AFP