Wednesday, May 12
You are at:Home»News»Nation»K-beauty brand Innisfree apologises after ‘paper bottle’ turns out to be plastic in disguise 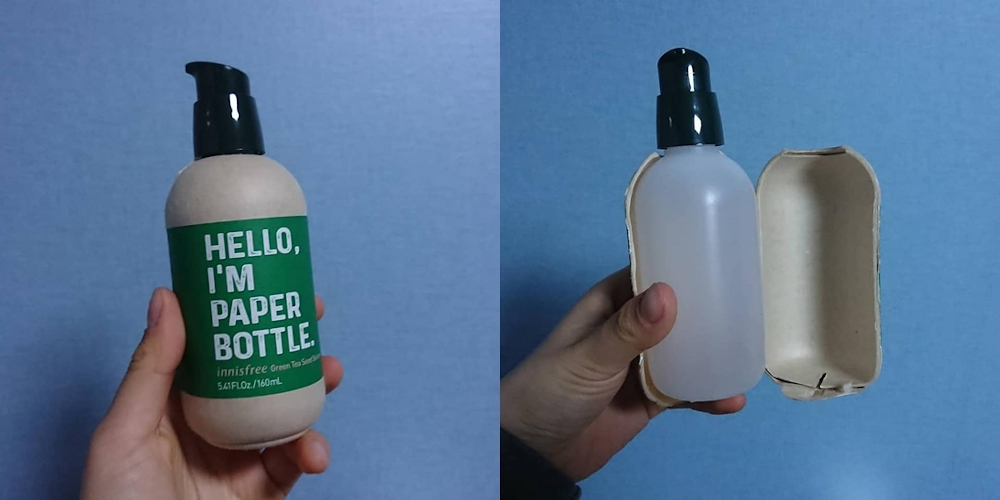 The woman said she felt ‘betrayed’ by the company’s eco-friendly claims. — Pictures via Facebook group Noplasticshopping

The Korea Herald reported that an Innisfree customer, who wishes to remain anonymous, was disappointed to find out that a face serum with a “paper bottle” label was just a plastic bottle with a paper shell.

She shared photos of the product after she cut the paper casing in half on the Korean Facebook group No Plastic Shopping on April 6, saying she felt “betrayed” by the company’s eco-conscious claims.

The woman also included a screenshot of an official complaint she filed to a consumer’s association over the matter.

Many people responded to the post by saying that Innisfree has jumped onto the greenwashing bandwagon.

Greenwashing is a term that refers to marketing tactics aimed at making consumers believe that certain products are more environmentally friendly than they actually are.

Innisfree later issued an apology over the incident and acknowledged that the “Hello, I’m Paper Bottle” label could have been misleading for its customers.

“We used the term ‘paper bottle’ to explain the role of the paper label surrounding the bottle.

“We overlooked the possibility that the naming could mislead people to think the whole packaging is made of paper.

“We apologise for failing to deliver information in a precise way,” said Innisfree in a statement quoted by The Korea Herald.

Innisfree clarified that the clear plastic bottle is recyclable and uses 51.8 per cent less plastic than conventional packaging.

The brand also noted that the paper casing comes with information on how to separate and recycle different materials.

The customer who posted the original photos on Facebook later told The Korea Herald that the response provided by Innisfree is “insufficient.”

“Many of those who chose the given product were trying to reduce harmful impacts on the environment.

“I feel that (the company) took advantage of them (through misleading marketing),” she said.

She also said that Innisfree could have used clearer terms such as “half plastic” or “light on plastic” to avoid any misunderstanding. – Malay Mail