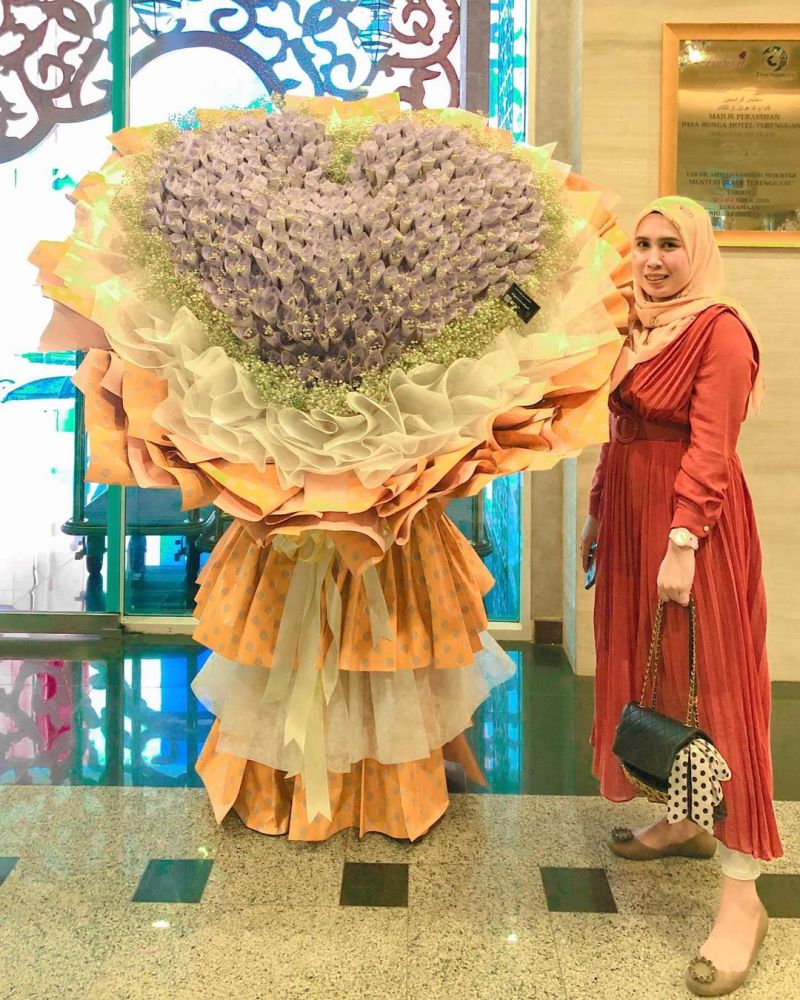 A customer entrusted Safiyah to create the cash bouquet for his wife as a gesture of appreciation. — Picture via Instagram/Safiyah Alias

PETALING JAYA (Apr 9):  While most bouquets feature fresh blooms, Terengganu florist Safiyah Alias received a request to create a floral bunch made solely out of Malaysian ringgit notes that amounted to RM50,000.

The 30-year-old single mum to two kids admitted she was nervous to take on the order as it involved a huge sum of cash.

But with a satisfied customer and a creation that has since gone viral on TikTok, Safiyah’s efforts paid off.

The florist who lives in Bukit Payong, a town in Terengganu’s Marang district on the East Coast, told Harian Metro she works as a sales assistant at a flower shop.

She would create bouquets sometimes fashioned from banknotes to earn extra income.

The customer had called her a week before the event to discuss the bouquet design.

She started putting the order together a day before the surprise took place, spending 17 hours to complete the large bouquet.

“I started making it last Friday from 11am until 3.30am the next day,” she said.

“My nieces and nephews helped fold the banknotes and I did the rest of it including the arrangement, wrapping and final touches.

“I didn’t move and only took breaks to eat, pray and use the bathroom because the job required attention to detail so that the 182cm-tall bouquet could be completed.” 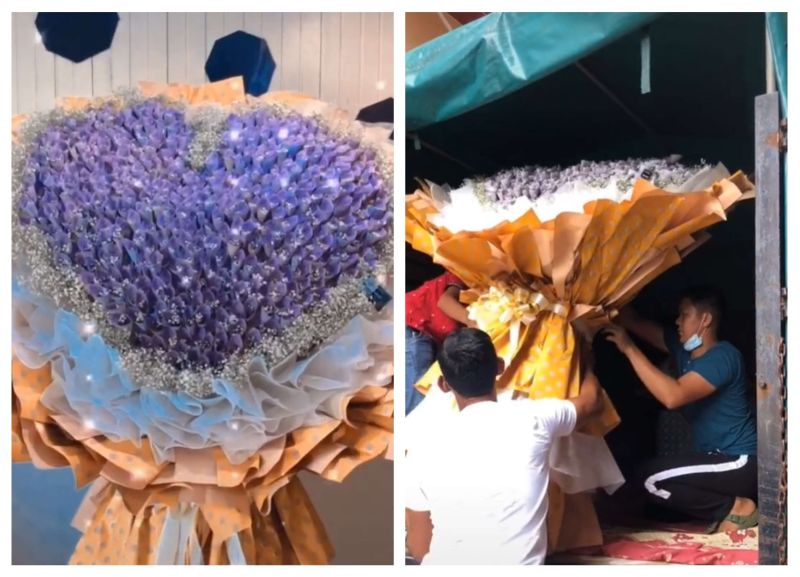 A TikTok clip of Safiyah and the bouquet has been watched 1.9 million times. — TikTok screenshot

She refrained from uploading videos and images of the bouquet before it was delivered to ensure its safety.

The florist has to exercise extra caution when making money bouquets, using only sticky tape instead of staples to join each ‘flower’ to avoid damaging the banknotes.

Asked about her latest bouquet going viral on TikTok, Safiyah said she did not expect 1.9 million views on the video platform.

“I uploaded the video to share my work not to promote the business – I didn’t expect so many views and praises.

“There were also negative remarks but I can’t stop people from voicing their opinions,” she said.

Safiyah thanked her customer Wan Baha Uddin for trusting her with the task and praised his generosity towards his wife.

Wan Baha Uddin said he presented the money bouquet to his wife to thank her for taking care of their family and seeing to the children’s needs over the years.

“I didn’t know the video went viral until my wife told me.

“Some said I was better off giving the money to charity but I believe every person has their own way of appreciating their wife and this is my approach,” he said.