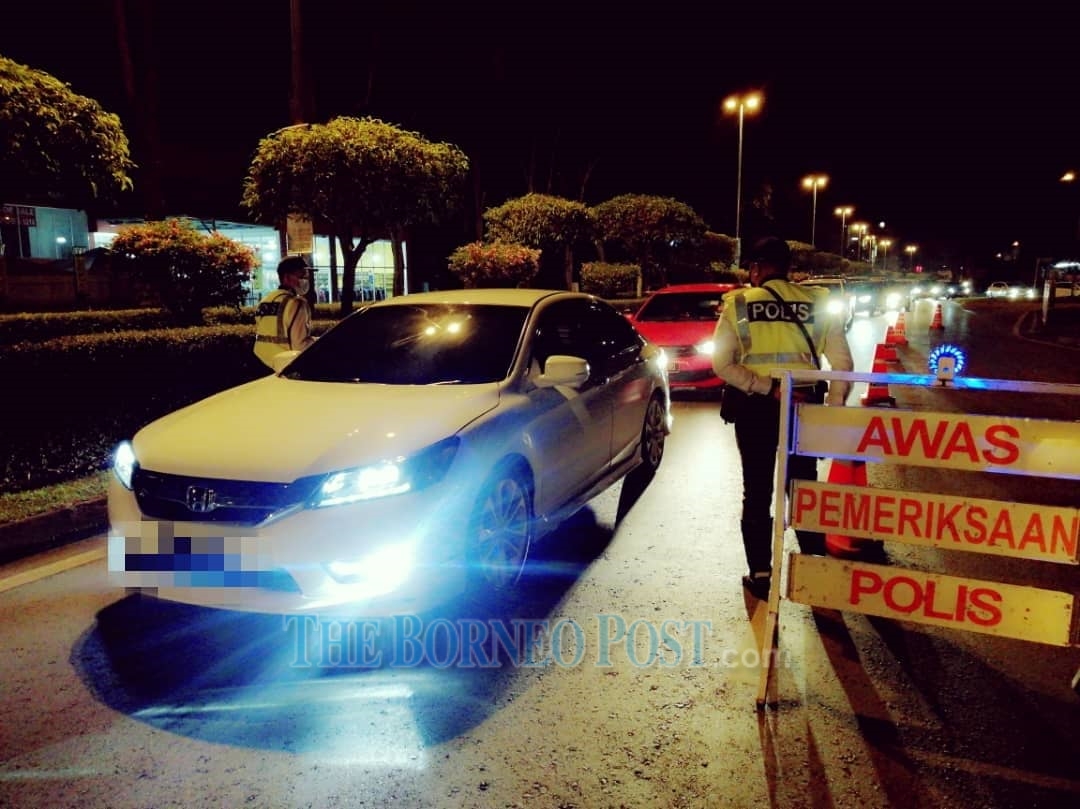 A police personnel checking a vehicle at the roadblock in Kuching on April 9.

KUCHING (April 10): Three men were arrested by the police when their Evidential Breath Analyser (EBA) test showed that they have exceeded the permissible limit for alcohol during a roadblock at Jalan Simpang Tiga on April 9.

“We (police) will continue to mount roadblocks to ensure that our roads are safe from drunk drivers and to lessen accident cases especially the fatal ones,” said Merbin in a statement yesterday.

He added that the suspects will be investigated under Section 45A(1) of the Road Transport Act 1987 which carries a maximum fine of RM30,000 or a jail sentence of not more than five years.

During the operation, a total of 43 vehicles and 63 individuals were checked.

Police, he said, also issued a total of 31 summonses for various offences such as no driver’s license (3), expired driver’s license (1), fancy license plate (8), failure to wear a seatbelt (3), modified exhaust (3), no side mirror (1), illegal accessories (3), illegal modification of headlights (1) and malfunction horn (3).

The roadblock was manned by one officer and 10 personnel from the Kuching district police’s Traffic Investigation and Enforcement unit.