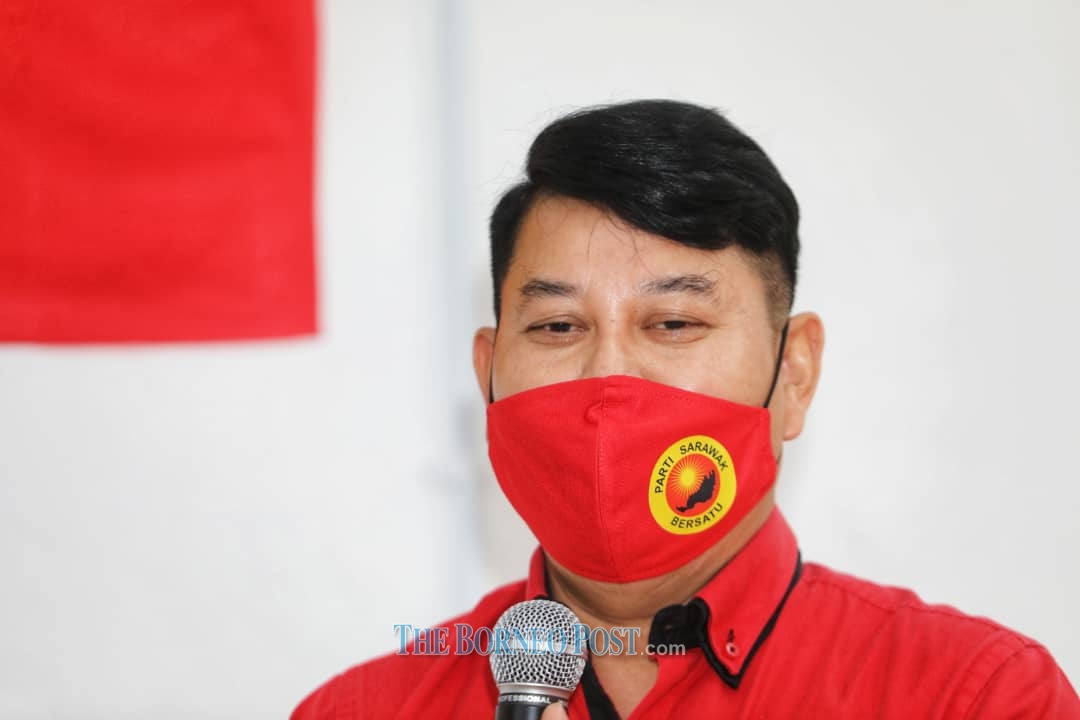 KUCHING (Apr 10): Parti Sarawak Bersatu (PSB) youth chief and vice president Dr Johnical Rayong has reminded all party members and workers to be united and work hard in the final preparation for the coming state election.

He said everyone must put the party’s interest first to ensure PSB won as many seats as possible.

“Our aim is to win a majority to form the next Sarawak government — to enable PSB to offer good governance in government administration and to rectify all the present shortcomings and social unfairness.

“At the same time, the majority will also enable PSB to fight to regain all our rights under the Malaysia Agreement 1963 before it is too late,” he said at the official opening of PSB Kota Sentosa branch office and Batu Kitang service centre at Mile 7 here today.

The Engkilili assemblyman said as a new local political party and the biggest local opposition party in Sarawak, PSB must also be prepared to fight in both the parliamentary and state election and win as many seats as possible.

He said this would enable PSB to air the aspirations of Sarawakians in the parliament and state legislative assembly.

He said as far as PSB was concerned, the welfare of the Sarawak people of all races is always at heart.

He said there were so many shortcomings and unfairness in the Barisan Nasional/Gabungan Parti Sarawak (GPS) Sarawak government administration over the last 58 years.

“By now the majority of Sarawak people want a change.

“A real change for a better government to work for the full welfare and benefits of our people can only be achieved if PSB can form the government,” he said.

Previous ArticleWillie: Emergency not a ‘weapon’ for PN to remain in power
Next Article Dr Noor Hisham: New Covid-19 cases dip to 1,510 after yesterday’s spike